It’s one thing to launch a technology, it’s quite another to get people to buy it. While the journalistic reception for Fusion-class processors has been universally positive – are people actually buying them? KitGuru uses quantum techniques to stand outside every store in the world and do a quick chip count.

Between 2010 and 2014, the overall market for systems is predicted to grow by more than 14% a year while the desktop market is not expected to grow by much more than 3% a year. KitGuru readers are an intuitive bunch and will have spotted that mobile computer devices are a little more popular than their desk-bound cousins. At least that’s what Gartner seems to be saying.

However, there are at least 2 other formats that will help boost sales. One is the ‘All in One’ concept (AIO), where the entire system is essentially housed in the TFT casing. We’re probably talking about screens that are 23″ and more with HD and gaming capabilities.

The other is the mini-PC, where an entire system fits into something small enough to be a neat little wireless router.

You get the picture.

KitGuru managed to poke some questions into AMD’s Product Marketing Guru and cunning linguist, Sasa Marinkovic. First, how does he see customer expectations in these new sectors?

“Customers who choose a mini-PC are looking for a space-saving, stylish design that won’t cost much. The base unit along is likely to be under £300”, said Marinkovic.  “They are expecting to get a small box with low performance. It would be a nice choice for a home media hub, but customers may not be sure if such a small device can offer a full range of features”.

“The AIO model is often one where people are sharing a device on a regular basis”, he said. “It needs to be flexible enough to play Blu-Ray content as well as offer gaming – while at the same time keeping power draw to a minimum. The ideal AIO would be a powerful device, with and impressive screen, full media capabilities and the instant on/standby experience that we normally expect from a TV”.

The gaming market is different. When KitGuru tested the Radeon HD 6990 QuadFire solution at the start of March, it was posting benchmark scores for Aliens Vs Predator that were over 3.5x faster than gamer’s favourite the GTX460 O/C. With such a stunningly fast pace of development, you need the modularity offered by the desktop.

The mobile, Mini and AIO markets are different.

So, the needs have been defined, the Fusion-class products launched, what are the results?

Marinkovic replied, “AMD Fusion APUs now account for half of the AMD laptop shipments in the world. We have now shipped over 3 million APUs to customers and the very latest shipments have been Llano products – ready for the launch. Our teams are making APU the number one priority – ensuring we hit the ground running and give Llano the attention it fully deserves”.

Recent reports from iSuppli also indicate that 80% of the market will be APU based by 2014. With AMD’s current lead on this, we are sure they will hold a strong percentage market share by this time. Their APU’s already accelerate more than 50 leading software applications from companies such as Cyberlink, Microsoft and ArcSoft and reviews have been very positive.

The “Llano” APU, the next member of the AMD Fusion family that is designed to enable more than 500 GFLOP’s of parallel processing power in mainstream notebooks and desktops … basically discrete-class graphics capabilities.

KitGuru says: On 25th January, it was reported that AMD had shipped 1 million Fusion chips. Now, at the start of May, that figure reads over 3 million. That’s around 14 weeks. Simple maths means TSMC is pushing out Fusion at the rate of more than 20,000 processors a day. Even if the production rate does not increase, that would be well over 7 million units a year. Pretty impressive for a new class of chip. 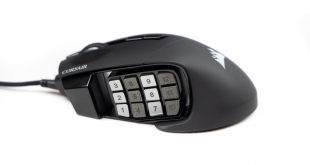