Motorola may have accidentally confirmed the price of its upcoming Android Wear powered smartwatch, the Moto 360. How did this happen? Well someone actually read the terms and conditions for once. Motorola had set up a competition, inviting users to design watch faces, someone did some digging and found that the terms and conditions pegged the Moto 360 as having a $249 (£150 approximately) retail value.

The company’s offering will go up against devices like the Galaxy Gear, LG’s upcoming G-Watch and even the Pebble. Currently the Galaxy Gear costs around £200 in the UK while the Pebble can only be imported from the US for $249, so getting the price right is going to be very important for Motorola. 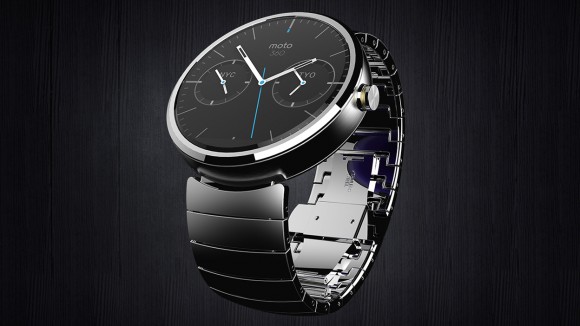 The £150 price point mentioned above is a direct conversion from $249 so expect VAT to add another 20 per cent on to the price by the time launch comes around in the UK. Motorola has been making the news a bit recently after the company’s Senior Vice President of Supply Chain, Mark Randall, bashed the competition by branding current smartwatches available as “crappy”.

In an interview with Trusted Reviews, Mark Randall said: “Moto 360 is a really cool device that we think solves a lot of problems that no one else has solved in the wearables space, we look at the 360 and we look at what everyone has done in that space. To be honest we think they are all pretty crappy. We think people just don’t want to wear a lot of the devices that are out there today.”

KitGuru Says: The Moto 360 is arguably the nicest smart-watch to have been revealed so far. However, whether or not wearable tech will catch on in the mainstream market still remains to be seen. Do you guys think smartwatches will become the norm within a few years?