Earlier this morning we learned that Disney-owned YouTube MCN ‘Maker Studios’ had dropped PewDiePie, the biggest channel on the platform due to some recent controversy surrounding some of the humor he has presented in recent videos. Since then, YouTube has given a statement of its own, cancelling the second season of PewDiePie’s YouTube Red show and removing his channel from ‘preferred advertising’ status.

PewDiePie’s YouTube Red series ‘Scare PewDiePie’ was part of YouTube’s initial push to get people subscribing to YouTube Red. A second season of it was in the works but will no longer see release according to a YouTube spokesperson speaking with Variety. 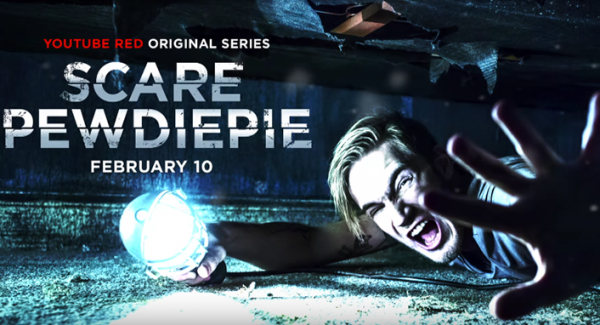 Here is the full quote: “We’ve decided to cancel the release of ‘Scare PewDiePie’ season 2 and we’re removing the PewDiePie channel from Google Preferred”. Google Preferred is YouTube’s advertising program for ‘brand safe’ content. It is also assumed that being part of this program would net you a slightly better rate when it comes to advertising payouts on the platform.

At the time of writing, PewDiePie has not tweeted or uploaded a video of his own talking about the news today.

KitGuru Says: For a channel like PewDiePie, getting dropped from an MCN shouldn’t be a huge deal. He has 53 million subscribers, so he’d find a home somewhere else with ease. However, having a YouTube Red series cancelled and being dropped from preferred advertising status could be more of an issue. What do you guys make of all this news today? Given that the videos in question here were intended to be humorous, I feel like things are being blown out of proportion a bit- though I do understand YouTube not considering the channel ‘brand safe’ anymore.