While Cougar is a well-known manufacturer of Power Supplies, you may have not yet seen many Cougar Chassis' on the market. Currently they have five models to purchase; the Cougar Solution, Volant, 6XR9, Evolution and the Evolution Galaxy.  The Cougar Evolution Chassis was released at the end of last year and is trying to cram in many features into a fairly small case. While it classes itself as a ‘Full Tower ATX case' it is more in the league of a mid tower and in fact is no bigger than the CM 690 II chassis.

While it may look very similar to several other cases on the market Cougar have crammed many features into this case. For instance, the dual- fan controller has the ability to control up to 6 fans via two separate channels, one for intake and one for exhaust. This is something you rarely see included with a case, although it is a very useful feature.

On top of this, Cougar have fitted 2xUSB 3.0 ports via a motherboard header while including space for seven fans, two of which can be 140mm. 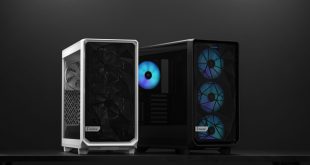