Nvidia is gearing up to launch its new Pascal GPU architecture this year. While early rumours pointed towards a Q1 2016 release it is clear that the timeline has shifted a bit. The latest unofficial word on the street is that Nvidia may launch the GTX 1080 in May, with the card prepped to use a fully enabled GP104 GPU core and 8GB of VRAM.

This news comes from Chinese site, Benchlife, so we don’t know how valid it really is. However, according to the report, Nvidia’s GTX 1080 could arrive in May, following a presentation of Pascal graphics cards at the Game Technology Conference this year. Nvidia may also launch a GTX 1070 in that same time frame. 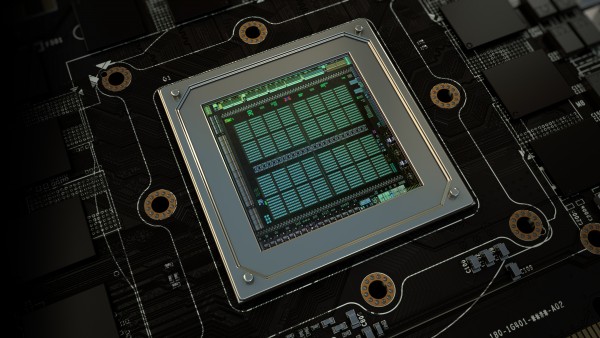 Pascal will be based on the 16nm FinFET process and the new GP104 core may offer up to double the performance per watt and use a single 8-pin power connector. If this rumour is to be believed, though, then the GTX 1080 won’t arrive with HBM and will instead use 8GB of GDDR5 VRAM. HBM 2 will likely feature on the flagship GP100 GPU-based card, like an 80Ti or Titan series product.

While we are currently going on the assumption that Nvidia’s next card will be called the GTX 1080, the naming scheme is not confirmed. It is possible that Nvidia will switch its product naming up this year with the launch of Pascal.

KitGuru Says: Nvidia has been pretty quiet recently but hopefully we will hear something official on the launch of Pascal graphics cards soon. If the supposed GTX 1080 is coming in May, then it won’t be long before we hear something more concrete. That said, this is all rumour for now so don’t get your hopes up just yet.