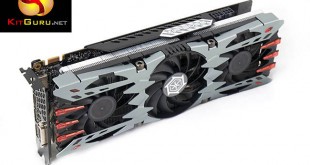 Today we look at the Inno3D GeForce GTX 960 iChill X3 Air Boss Ultra, one of the most ludicrously named graphics cards in history. This card ships with a monstrous cooling system which will need to perform at the top of its class if it is to justify the physical dimensions. Today we find out if the Inno3D card is delightfully delicious, or hideously horrific. 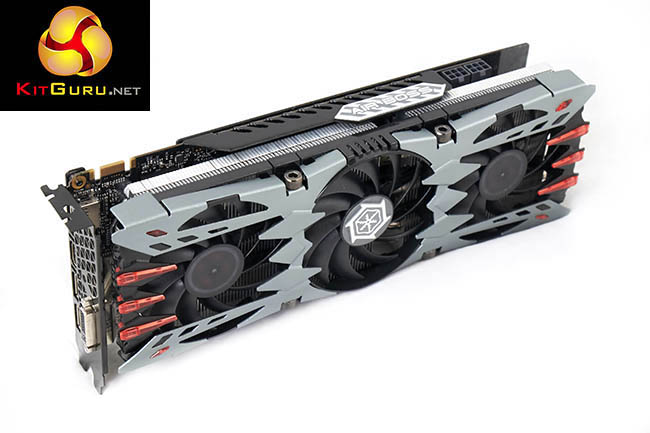 The Inno3D GeForce GTX 960 iChill X3 Air Boss Ultra is certainly distinctive in appearance, the sharp jutting edges remind me of a sadistic weapon that Jigsaw would use in a gory SAW flix. I can’t say the appearance appeals to me, but in the world of hardware, beauty is firmly in the eye of the beholder.

For those interested, the ‘Air Boss’ name is a naval term used on the flight deck of an aircraft carrier. The Air Boss is in charge of all the operations of the flight deck from moving planes around and landing and launching aircraft. The Air Boss resides in the tower and communicates with the flight deck via a megaphone. Sure, its all slightly corny, but its nothing new as graphics card manufacturers try to come up with the next big product brand name.

Shorter names are more effective, a point which Inno3D have missed completely. We all remember the Nvidia GTX Titan brand name – would it have worked as well with a moniker such as Nvidia GTX Titan Mega Blaster Death Ray Ultimate Obliteration Edition? No, precisely.

Nvidia’s reference clock speeds are set at 1,126mhz (1,178mhz boost), with 32 ROPs and 64 texture units. Inno3D have enhanced the core speed to 1,329mhz – a considerable 18% overclock over reference. The GDDR5 memory is also slightly overclocked, running at 1,800mhz (7.2Gbps effective).