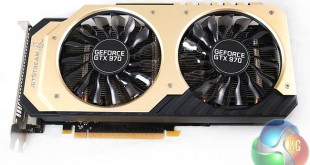 Nvidia launched their new GTX970 and GTX980 solutions last week, and there is no doubt that they have pushed the ‘performance to watt' ratio to a new level. We have already reviewed the reference GTX980, the ASUS StriX GTX970 and the MSI GTX970 Gaming 4G. Today we look at the Palit GTX970 JetStream which actually features the highest overclock of them all- out of the box. 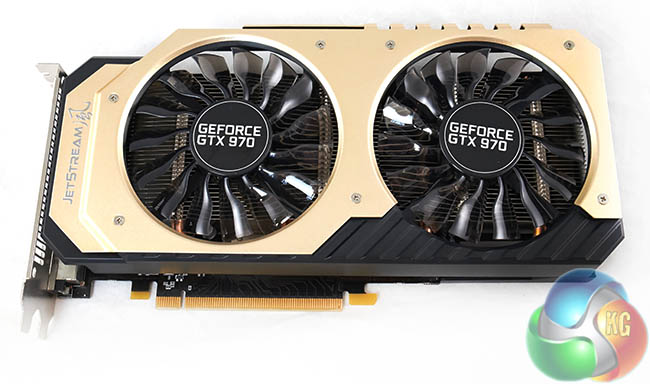 The Palit GTX970 Jetstream ships with a gold and black cooler. Gold is a colour that generally doesn't appeal to European tech readers, however the Far East readers seem to find it more appealing. I think it looks fine, but it does pale in comparison next to the beautiful MSI GTX970 Gaming 4G.

Even though we have a handful of reviews already published, Nvidia’s Maxwell architecture deserves a little discussion before we get into testing the Palit GTX970. If you are a regular reader of KitGuru then you will already have studied our multiple analysis of the lower level GTX750Ti solution throughout the year.

The Palit GTX970 JetStream OC has received a core clock enhancement to 1,152mhz, from 1,050mhz on the reference design. The GDDR5 memory remains untouched, as we would expect – its certainly not going to be a bottleneck.