Toshiba doubles down on 3D memory investment with new fab

Toshiba is set to build a brand new fabrication plant in Yokkaichi Operations in Mie, Japan, dedicated to the production of 3D Flash memory. With construction set to begin in early 2017, the fab. will sit alongside a new Memory research and development centre that will also be constructed over the next couple of years.

The new 3D Flash fabrication facility will be built in conjunction with Western Digital, which Toshiba has created a new joint venture with. Together they will be building a state of the art facility which can withstand earthquakes and will be built using full LED lighting to keep it as energy efficient as possible.

The new fab. will be constructed in two phases to help optimise investment and get the plant online as quickly as possible. This will mean starting construction in February 2017, with hopes to finish the first phase by summer 2018. That will allow it to bring some of the production line online early, while the second phase will expand capacity.

We’re also told that AI will be used throughout many stages of production, boosting productivity, whilst also saving on manufacturing costs.

Toshiba plans to respond to market needs and wants during this time, with increased investment in the facility should demand for 3D memory and specifically Toshiba’s proprietary brand of it, BiCS Flash, increase.

Once the facility is online, Toshiba will concentrate much of its research at the new R&D centre it’s building next door. It will bring together different aspects of its memory business into a single location, further promoting development of the 3D Flash standard, as well as cutting infrastructure costs.

KitGuru Says: Although hardly surprising considering its benefits, it looks like 3D Flash is going to be the go to solution for future compact storage. 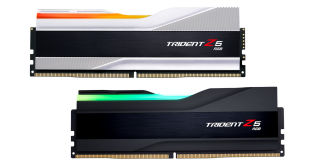 G.Skill was hugely successful with its high-speed memory kits over the DDR4 generation and the …