AMD’s X570 platform has been superb since its launch in July 2019, but B550 stole some of its thunder in summer 2020. Especially because B550 was fully passive and had some updated features given its 1-year newer status. With X570, only a couple of the ultra-high-end boards were passive – most had an annoying chipset fan.

Not happy with the highest-end AM4 options just sailing into the sunset until AM5 arrives, the motherboard vendors have brought out some new X570 motherboards often designated ‘X570S’. And these boards are passively cooled without a chipset fan, thus eliminating one of the most annoying features for the X570 offerings in general.

Before you get too excited about the ‘new X570S’ chipset, we spoke to AMD and they confirmed that there is no real difference with the chipset silicon itself. There is no new process node or adjusted feature set. Instead, the motherboard vendors have more or less taken it upon themselves to use X570S as a marketing term for the chipset… but it’s still X570!

To be perfectly frank though, that is not such a bad thing. X570 is still a superb platform, with PCIe Gen 4 connectivity throughout and a high-bandwidth four-lane highway between the CPU and chipset. Realistically, the only downside to X570 motherboards as they have currently existed on the market has been the chipset fan. But now, better cooling implementations from the motherboard vendors have that annoyance fixed. 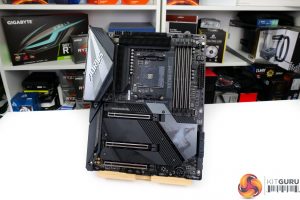 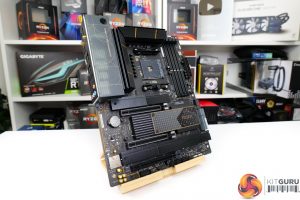 Anyway, that’s enough for the introduction. We will be examining a couple of passive X570 motherboard from ASUS and Gigabyte.

We have the £360 ASUS ProArt X570-Creator WiFi that is intended for prosumers with personal workstation type use cases. And the £340 Gigabyte X570S Aorus Master which carries on from the original X570 Aorus Master by intending to be an all-round enthusiast option with a high-end, but not over the top price tag.

Let’s take a closer look at both of these motherboards.

Previous First Intel Arc Alchemist desktop GPU expected to be available in Q2 2022
Next KitGuru Games: Is Alan Wake Remastered worth the upgrade?