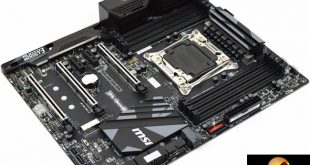 MSI has been keenly expanding its range of X99 motherboards, particularly gaming-oriented varieties, in reaction to Intel's Broadwell-E CPUs for LGA 2011-3. Prospective X99 buyers now have a formidable number of options to choose from in the wider X99 marketplace, as well as from within MSI's own range.

One of the latest motherboards to be released into MSI's X99 Arsenal Gaming portfolio is the X99A Tomahawk. MSI has designated the Tomahawk moniker on motherboards in the past, the most recent of which is the Z170A Tomahawk, but it seems that the positioning of the product has been altered since then. 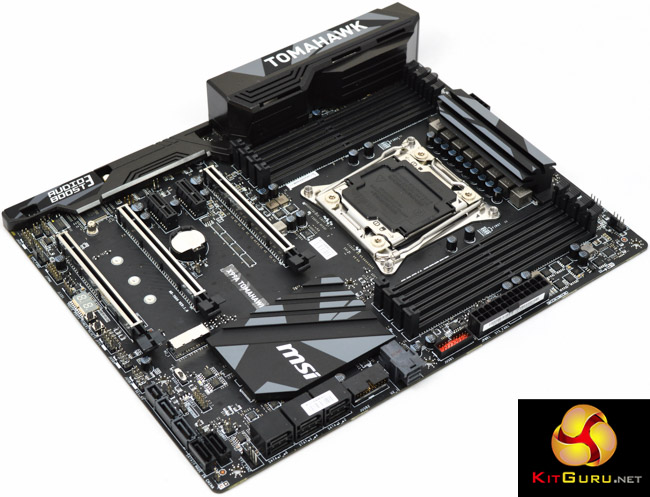 Far from being the budget and entry-level gaming option for the platform, like the Z170A Tomahawk was, the X99A Tomahawk is now fairly well equipped as a middle-of-the-road X99 motherboard that vies with the ASRock X99 Taichi and Gigabyte X99 Ultra Gaming. The nearest comparable ASUS option, the ROG STRIX X99 Gaming, is notably more expensive and essentially falls into the next price segment above.

The general features and hardware made available with the X99A Tomahawk are strong for the price point. There's native M.2, U.2, SATA Express and USB 3.1, dual Intel Gigabit LAN, power and reset buttons, shielded PCIe slots and a neutral black and grey colour scheme with support for an RGB strip header.

Some typical features of X99 motherboards are absent, though you wouldn't expect everything to be included for a motherboard at this price point. There's no onboard WiFi and Bluetooth, “only” 3 PCIe 16X slots, no onboard RGB LEDs to play with and a lack of heat-pipes in the VRM or chipset cooling assemblies. However, when these are the only prominent features to be left out, the board seems very well equipped for most X99 buyers.