Today we are looking at the latest Solid State Drives from Corsair – the Neutron and Neutron GTX, in 240GB capacities. Both of these drives are using the latest Link A Media (LAMD) controller which is 6Gbps capable and is said to deliver stunning performance when tasked with both compressible and incompressible data. Can Corsair claim the top performance spot with these new drives?

There is no doubt that the Solid State market right now is cut-throat. Kingston have recently axed the price of their drives across several promotional campaigns in the United Kingdom and competitors have adopted similar policies. All in all, this is a great situation for the consumer as the deals are currently very tempting.

Corsair have experienced a high level of success in the solid state sector so far, even though they hit a few bumps with the Sandforce controller along the way. I will admit that I am becoming rather weary of reviewing Solid State Drives which use the Sandforce 2281 controller, therefore Corsair’s adoption of the Link A Media controller is both fascinating and exciting.

Corsair have released two series, which you can see above. The blue coloured box is the plain Neutron which is available in 120GB and 240GB capacities. The red coloured box is the Neutron ‘GTX’ which almost sounds as if Nvidia have had input. The GTX version is faster, available in 120GB /240GB capacities and slightly more expensive, as we would expect.

As this might be confusing, let us have a look at the market positioning and rated speed characteristics of the four drives. 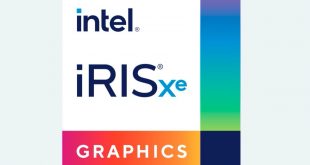