After debuting late last year as one of the first major releases for Sony’s PlayStationVR headset, Rocksteady is finally bringing Batman Arkham VR to the PC. In preparation for the upcoming PC launch, which will support both the HTC Vive and Oculus Rift, a new trailer has been put together to showcase the game.

Batman Arkham VR was arguably the most high profile release for PlayStation VR up until Resident Evil VII released. PC owners with a HTC Vive or Oculus Rift will get to experience it for themselves on the 25th of April.

This experience will see players explore the detective side of Batman all while utilising some of his iconic gadgets.  We don’t have a price just yet but it was $20 on release back in October. Given that the whole experience can be completed in around two hours, it could be a tough sell without a price drop.

KitGuru Says: I’m glad to see some PSVR exclusives start to make their way over to the PC. That said, there would likely be more excitement if this were a full game and not just a small technical demonstration. There is a story, but this isn’t anywhere near the same calibre as the other Arkham games. 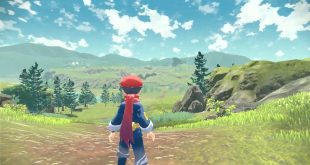 During an announcement stream this afternoon, The Pokémon Company revealed a release date for Pokémon …