SWTOR’s Knights of the Fallen Empire expansion has officially launched

Over the last few months, Bioware has essentially turned Star Wars: The Old Republic in the a justifiable single-player experience. A lot of the grind has been removed and the XP curve has been tuned so that players can hit max level just by playing the story content. Now, the brand new story expansion has launched for the MMO, known as Knights of the Fallen Empire.

While plenty of us have been pining after another Knights of the Old Republic, this appears to be Bioware's compromise, with a brand new story for those who want their Star Wars fix. Knights of the Fallen Empire puts you in the shoes of ‘The Outlander' a veteran of the great galactic war. 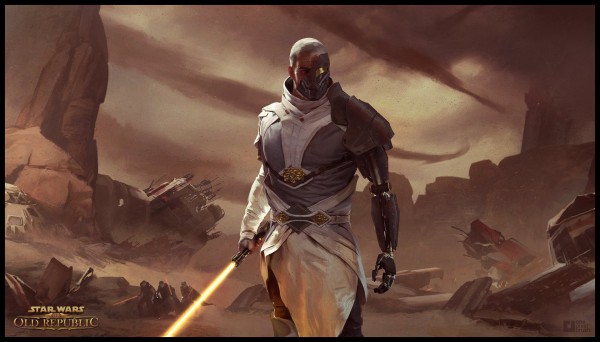 As this character, you will need to face a new enemy, Valkorion, a powerful Sith emperor. Those who go on to play the expansion will get an instant level 60 character, though you won't be able to go back and play the old class content or Shadow of Revan expansion once you start Knights of the Fallen Empire, which is worth keeping in mind if you want to experience absolutely everything.

The expansion will be continuously updated over time and Bioware has plans to reveal more once the new Star Wars movie launches in December. Subscribers to the MMO get the expansion content for free, though at this time there doesn't appear to be a way to just buy the expansion and play that solo. If you would like to know more about the expansion, we published a pretty in-depth article on everything Knights of the Fallen Empire brings a few weeks back.

KitGuru Says: I started making my way back through the base story of SWTOR a while back but I think I might just start a fresh new level 60 character for this expansion. Particularly since I'm mostly interested in this new story rather than the older class missions. Are any of you playing SWTOR at the moment? Have you dabbled in the new expansion just yet?