The final specifications of the upcoming AMD Radeon R9 295X graphics card got revealed on Friday, when a press deck containing all the information regarding the new dual-chip flagship solution got leaked. Apparently, the code-named Vesuvius graphics board will offer performance close to that of two Radeon R9 290X graphics adapters. However, unlike two aforementioned graphics cards, the R9 295 X2 may not fit into all computer cases.

As reported, the Radeon R9 295 X2 will be powered by two AMD Hawaii graphics processors in full configuration with 2816 stream processors (176 texture units, 64 raster operating units, 512-bit memory bus) as well as 8GB of GDDR5 memory (2*4GB). Thanks to the presentation of the new high-end graphics solution, which was first published by VideoCardz.com web-site, the chips will operate at up to 1018MHz clock-rate, whereas the memory will function at 5GHz effective rate. The graphics board sports two 8-pin PCIe power connectors and therefore can consume up to 375W of power. 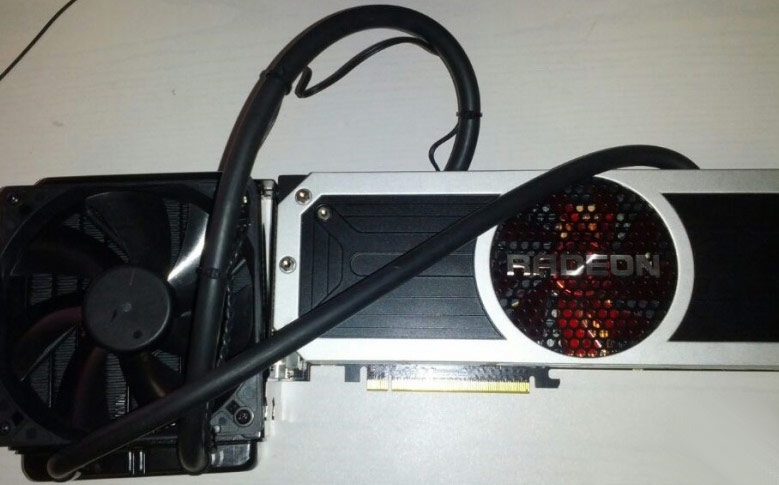 The early images of the Radeon R9 295X2 (first published by ChipHell.com) clearly demonstrated that the new graphics card is very long (probably due to two 512-bit memory buses) and will require enthusiast-class PC cases. However, according to the presentation, the Radeon R9 295 X2 might be the longest consumer graphics card ever made: it is 307mm in length. Even the GeForce GTX 690 was 279.4mm-long, whereas the GeForce GTX Titan Black is 265mm-long. 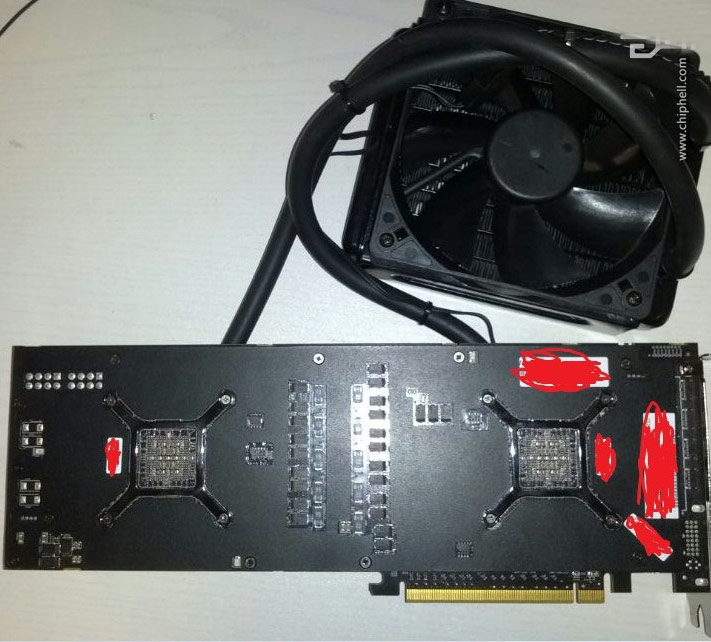 KitGuru Says: It looks like ultimate graphics performance requires not only a lot of power and money, but a lot of space inside the rig as well.