Vince “K|NGP|N” Lucido, a legendary overclocker who works with EVGA, has managed to overclock a GeForce GTX 980-based graphics card to record-high 2.20GHz/9GHz (GPU/memory) clock-rates and break a couple of world’s records in 3DMark FireStrike benchmark once again.

In a bid to prove his world-class skills in overclocking, K|NGP|N pushed EVGA GeForce GTX 980 Classified ACX 2.0 4GB graphics card all the way to 2201MHz for the GPU and whopping 9000MHz for the GDDR5 memory, making it the world’s highest-performing graphics card based on the GM204 processor. The graphics card was cooled down using liquid nitrogen (LN2). 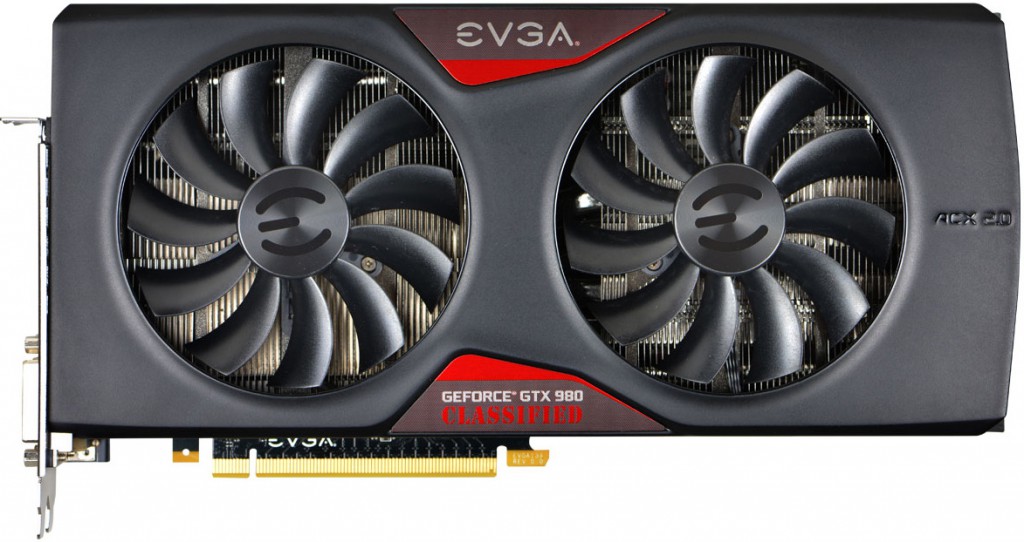 Using a test-bed equipped with an Intel Core i7-5960X processor clocked at 5.775GHz, an EVGA X99 mainboard and 16GB of 3.30GHz DDR4 memory, Vince Lucido scored 20154 points in 3DMark FireStrike benchmark, the best result for a single-GPU configuration ever achieved.

The overclocker also scored 9648 points in 3DMark FireStrike Extreme, which is also the new world’s record. In a bid to pass the FireStrike Extreme test, Mr. Lucido had to drop GPU/memory clock-rates to 2171MHz/8.80GHz. 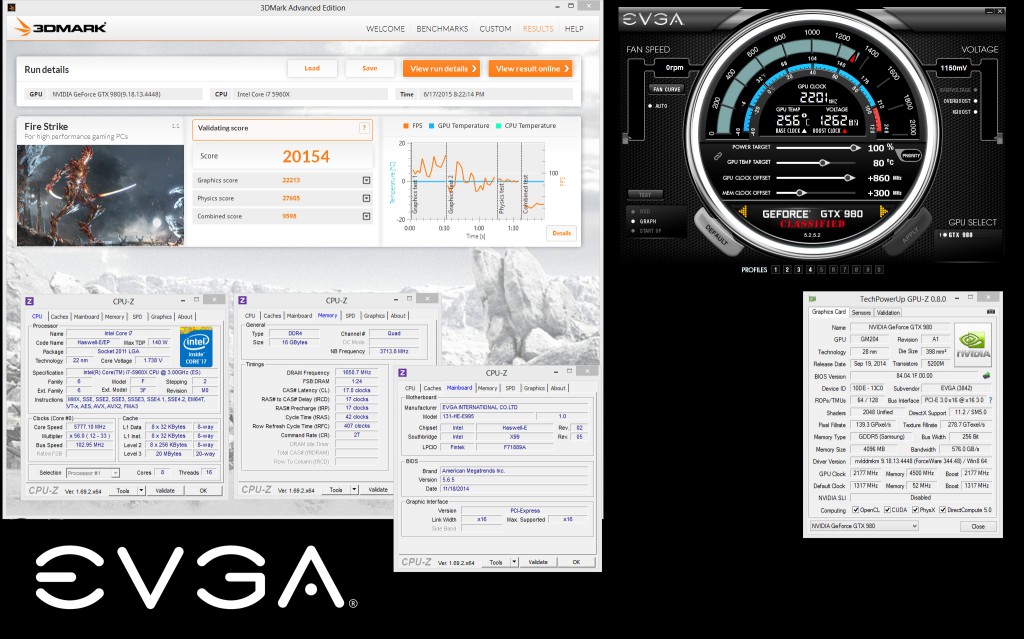 Thanks to major enhancements of PCB design, the EVGA GeForce GTX 980 Classified can not only enable great GPU overclocking results, but also has the ability to run memory at sky-high frequencies. No one has ever overclocked GDDR5 memory interface to 9GHz, but it looks like Vince “K|NGP|N” Lucido has managed to break this record as well.

KitGuru Says: It looks like 2.20GHz is the limit for currently available GM204 graphics processing units since nobody has so far managed to overclock the GPU to a higher frequency. 2.20GHz is still unbelievable clock-rate for a GPU that contains 5.2 billion of transistors and 2048 stream processors. The graphics chip also seems to have an excellent memory controller (probably, the best in the industry at the moment) which can operate at whopping 9Gbps data-rate. It will be interesting to see whether it will be possible to overclock GDDR5 further on GM204-based graphics cards.