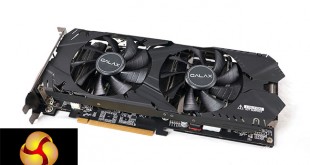 Today we take a look at the new modified, custom card created in a partnership with Overclockers UK called the GALAX GeForce GTX 970 OC Silent ‘Infinity Black Edition'. Gibbo at Overclockers has created another custom card built with a nickel plated heatsink and the I/O plate is also nickel plated, black. The inductors on this GALAX card are housed in high grade containers and are glued to the PCB to help reduce extraneous noise. Gibbo was keen to point out that their custom cards are the only ones to feature Coil Whine Reduction Technology (CWR). 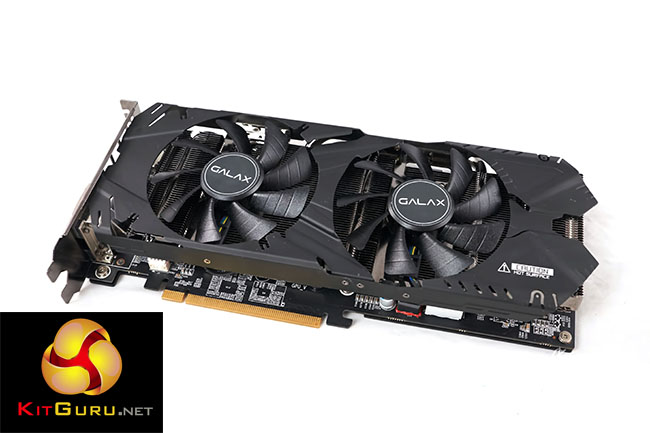 The GALAX GeForce GTX 970 OC Silent ‘Infinity Black Edition' is certainly a looker. They have went down the ‘stealth bomber' route – ensuring there are no distracting stripes, or colourful extras added to the cooler and PCB. If you want to build a mean looking black system, then this is surely a card you will want to shortlist.

The GALAX GeForce GTX 970 OC Silent ‘Infinity Black Edition is overclocked heavily out of the box. The core clock is increased from 1,050mhz to a whopping 1,178mhz. Boost speed is set at 1,329mhz. The GDDR5 memory speeds are running at the reference clock speeds of 1,753mhz (7Gbps effective), although this will not be a bottleneck for the hardware.