Sony is doing a lot of restructuring at the moment in an effort to try to return to profitability. However, this might not be the answer. Sony is currently working on a new memory card that promises ‘premium sound' and as you would imagine, it's going to cost more than it should.

Sony claims that its new SD card will produce less electrical noise when reading data, resulting in an audiophile friendly experience. The SR-64HXA is a Class 10 64GB microSDXC card will cost just over 18 thousand Yen, which works out at around $150 in the US. 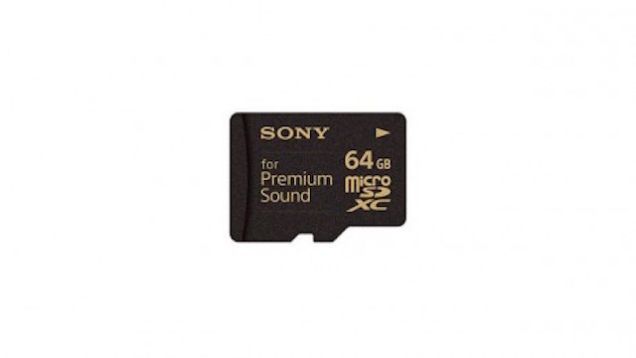 Sony does admit that it isn't necessarily sure that there will be a market for this particular product though. The Wall Street Journal spoke with a Sony spokesperson, who said: “We aren't that sure about the product’s potential demand, but we thought some among people who are committed to great sound quality would want it.”

The actual benefit of having a slightly quieter SD card while listening to music is questionable. This is just one of Sony's latest niche ventures, the company is also about to launch a pair of augmented reality glasses next month, which will cost around £500 in the UK.

KitGuru Says: Sony is trying to return to profitability but that isn't stopping it from taking risks in certain product categories. While I don't think a quieter SD card will help the company out too much, at least it is trying something new. The same could be said for the new augmented reality glasses.