The Google Play store is going to begin using the PEGI rating system for its games in Europe, it has been announced. This comes as part of a coalition between PEGI and other age rating systems across the world, known as the International Age Rating Coalition (IARC).

The group of rating board will now let game developers and publishers secure an age rating for their game with a single questionnaire, simplifying the whole process. 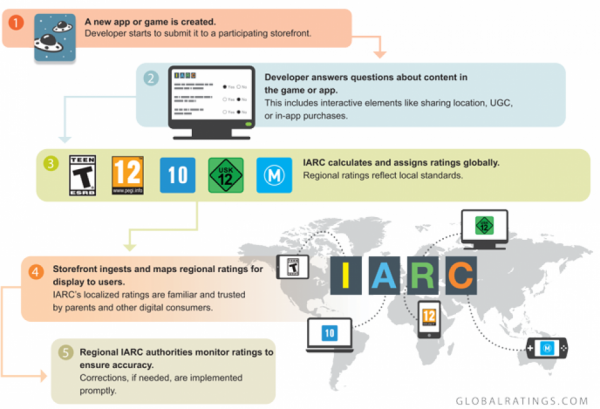 Publishers and developers that use this new scheme can do so for free, according to UKIE:

“We are pleased to see major mobile platforms adopting the new IARC system, making it easy and, importantly, free for businesses that publish games to get age ratings across a number of major games markets”.

“Having PEGI ratings on more mobile platforms across Europe also means that we have a more consistent and clear rating process to help consumers understand which games are appropriate for all ages.”

The IARC is made up of five rating organizations, including PEGI, ESRB, Classlnd, USK and the Australian Classification Board.

Google Play is one of the first digital stores to adopt the new rating process. Xbox Live, the PSN Store and Nintendo’s eShop are all expected to follow suit sometime in the future.

KitGuru Says: This new simplified rating process should help publishers and developers save some time as now one form can get a game classified in multiple regions, rather than having to go to each rating board individually.