A web-site has published the first images of AMD’s third graphics card based on the code-named “Fiji” graphics processing unit – the AMD Radeon R9 Nano. The publication of the picture indicates that AMD had already finalized specifications of the product and recently started to ship it to select partners.

Iyd.Kr web-site this week published two images of AMD Radeon R9 Nano, the highest-performing small form-factor graphics card for mini-ITX systems. The graphics board looks exactly like on renders by Advanced Micro Devices: it seems to have a very solid design and its cooling system looks very compact. 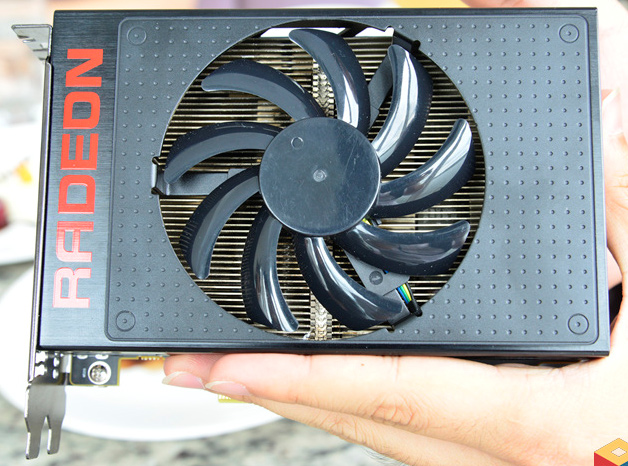 The Radeon R9 Nano is reportedly based on the fully-fledged “Fiji” graphics processing unit with 4096 stream processors, 256 texture units, 64 raster operations pipelines and 4096-bit memory interface. The card is equipped with 4GB of high-bandwidth memory operating at 1GHz, which provides 512GB/s of bandwidth. 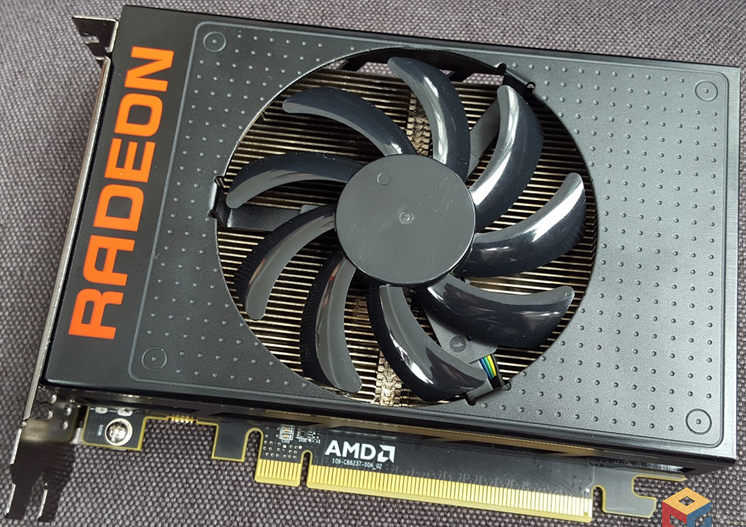 Peak thermal design power of the graphics adapter is 175W, but its final GPU clock-rate is unknown. Unofficial estimates point to 830MHz – 900MHz frequency, but AMD keeps the final specifications under wraps.

Pricing of AMD Radeon R9 Nano is yet to be discovered. AMD plans to officially unveil the product in August.

KitGuru Says: Keeping in mind that AMD has started to ship samples of the product to its partners, it is now a matter of time before the final specs and performance numbers of the AMD Radeon R9 Nano leak.

Previous Microsoft Xbox One set to get mouse and keyboard support
Next Qualcomm to cut jobs and costs, mulls to split itself