The specs for the Intel Core i9-9900K, i7-9700K, and i5-9600K have been leaked Guru3D reports. A table was discovered that reveals some of the details of these new CPUs, and they look quite promising for productivity fans. 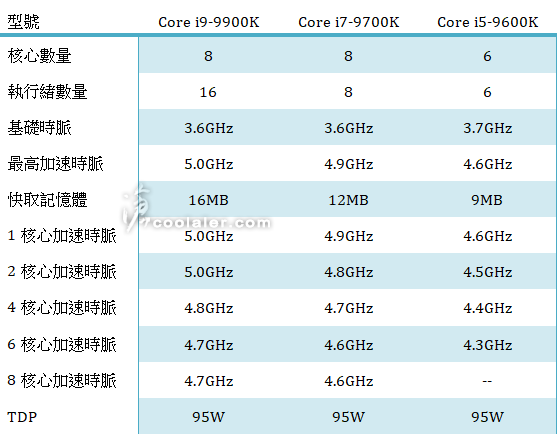 Finally, we have the flagship CPU, the Core i9-9900K, which will be eight cores and sixteen threads. It will have a base clock of 3.6GHz and turbo to an impressive 5GHz. It has 16MB of cache and a 95W TDP.

Although Intel has yet to officially address any of the rumours or release a roadmap, previous leaks point towards an alleged August launch. This window, however, could turn out to be a dud so don't take these rumours as gospel.