While some fans are still recovering from the polarising news that Fallout 76 will be online only, others have found solace in the upcoming Fallout: Miami mod. The 20-person fan-made project maintains Bethesda’s signature single-player style and has finally dropped an official trailer, replacing the dreary Boston landscape of Fallout 4 with the sunny beaches of Miami.

Given Bethesda lead Todd Howard’s recent comments, the mod seems like the closest we will get to another Fallout: New Vegas, with Miami offering a brand new world to explore. Set on the beaches of Miami, the map size is just a little bigger than Fallout 4’s Far Harbor DLC, focusing on themes of “ideological struggle between Order and Freedom” between new factions The Nuclear Patriots, The Dreamers and The Cubanos. 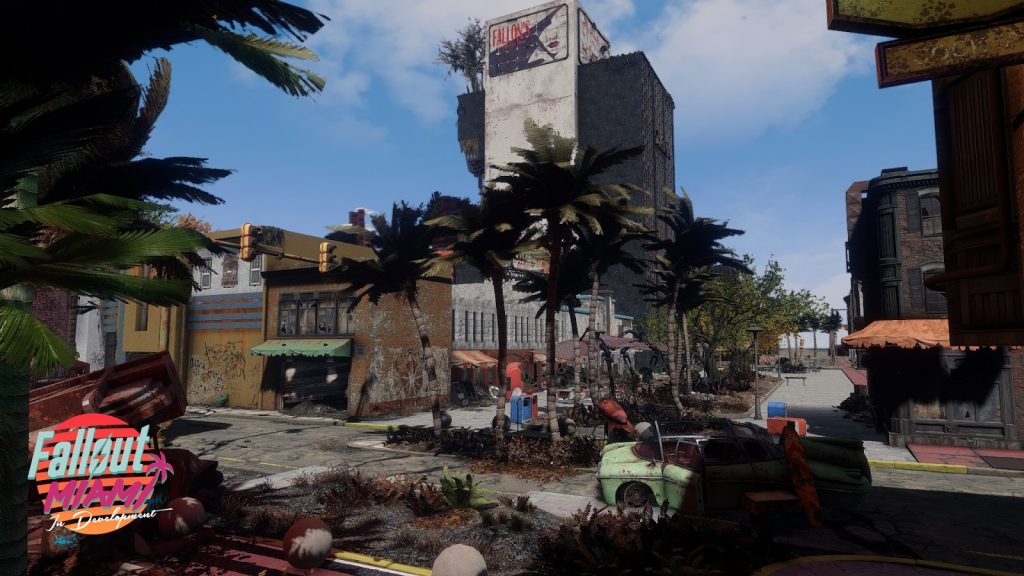 “The Sole Survivor journeys to the sunny South, following the promise of a well-paid job, but ends up embroiled in a conflict between various groups, some vying for power, others fighting to uphold their ideals,” says the creators. “Uncover the truth behind the mysterious disappearances and take part in the age old struggle between Order and Freedom.”

Alongside new “a gripping main quest, side-quests, equipment and settlements,” Fallout: Miami has “a large cast of voiced characters.” A taster of this is found within the trailer, as a narrator describes a mysterious condemned building, urging the player to stay away as “something big” begins.

It looks like the modders have been ticking off internal deadlines regularly with the amount of progress Fallout: Miami has made over the past year, however no official launch date has been set for the add-on. Unfortunately, console players will have to give this one a miss as the scale of the overhaul means Fallout: Miami will only be available for PC.

KitGuru Says: Honestly, the production value of both the cinematics of the trailer and the gameplay of the mod itself look much more than the standard hobbyist mod. I just hope that the team offers more native options to modify the gameplay, or it looks like motion sickness will make me sit this one out. What do you think of Fallout: Miami?

Previous Hellblade: Senua’s Sacrifice is getting a VR version
Next Nvidia bundling GPUs with Kingston SSDs