While Valve has removed loot boxes from Counter-Strike: Global Offensive in the Netherlands after the country’s conclusion that the practice is gambling, it looks like the developer is trialling a different method for Dota 2. Still in compliance with newly introduced laws, Dutch players will now be able to see what is in a loot box before buying it, making them more akin to a normal microtransaction.

Back in April, Valve received a letter from the The Netherlands Gaming Authority (NGA) demanding that the developer makes changes to loot boxes within CS:GO and Dota 2 due to both breaching the newly introduced Dutch Betting and Gaming Act. This resulted in item trading and Steam Marketplace functionality being removed from CS:GO in June, before Valve reintroduced both systems in July, instead removing loot boxes entirely. Dota 2, however, remained untouched until now. 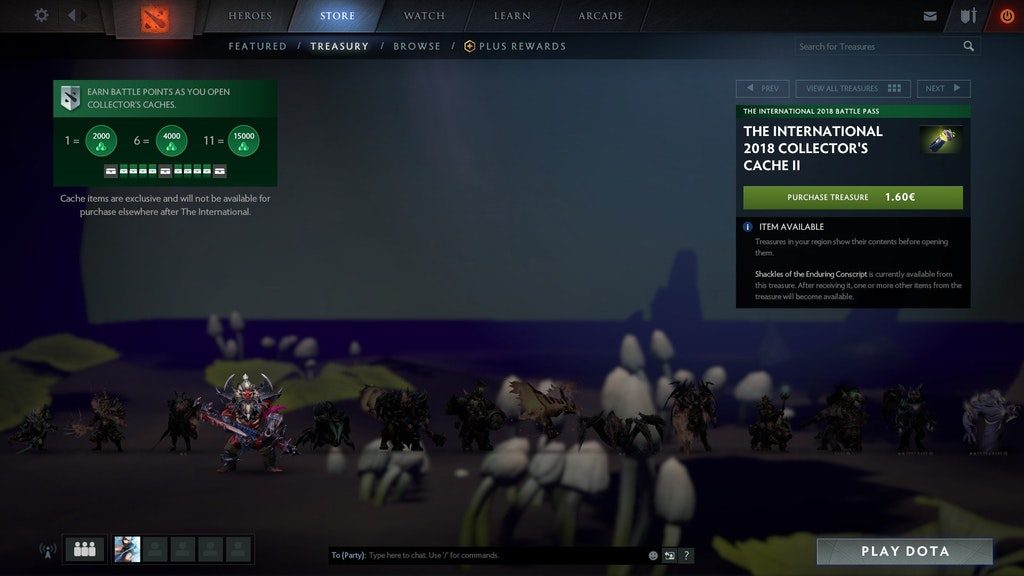 Redditor Larhf notes the new changes in a post, stating that rewards can now be seen before the player purchases the loot box. Valve has also seemingly removed the ability to buy more than one loot box at a time, meaning players will have to buy the first loot box in order to see what is in the second. Of course, already seeing the item means that the traditional opening animation is also gone.

As it stands, Valve seems to be the only highlighted perpetrator making significant changes to its games in compliance with Dutch law, although EA and Psyonix have finally revealed pack odds and drop rates for FIFA 19 and Rocket League respectively. It’s uncertain whether or not this will suffice in the Netherlands, or Belgium for that matter and both countries are taking a strict stance against loot boxes.

KitGuru Says: The frustration of buying one at a time is sure to help dampen the road to potential addiction when purchasing loot boxes, even if Valve only implemented it in order to drive sales rather than showing its hand outright. Does this make loot boxes better in your eyes or do you still condemn the practice?