Cooler Master is in the middle of expanding its line of peripherals, recently having launched its MM830 gaming mouse complete with a D-pad and OLED screen. Turning its attention to keyboards, two of the company’s flagship devices have had their numpads stripped back, making way for tenkeyless versions.

The MK730 gaming keyboard shares a lot in common with its bigger brother, the MK750. Both include Cherry MX Brown Mechanical Switches mounted atop a brushed aluminium top plate, complete with RGB lighting. A synchronised LED strip runs down the sides and at the base, although the light bar is covered up when using the memory foam wrist rest. Cooler Master also bundles its unique purple keycaps if the user wishes for more identifiable Esc, W, A, S, D or arrow keys. 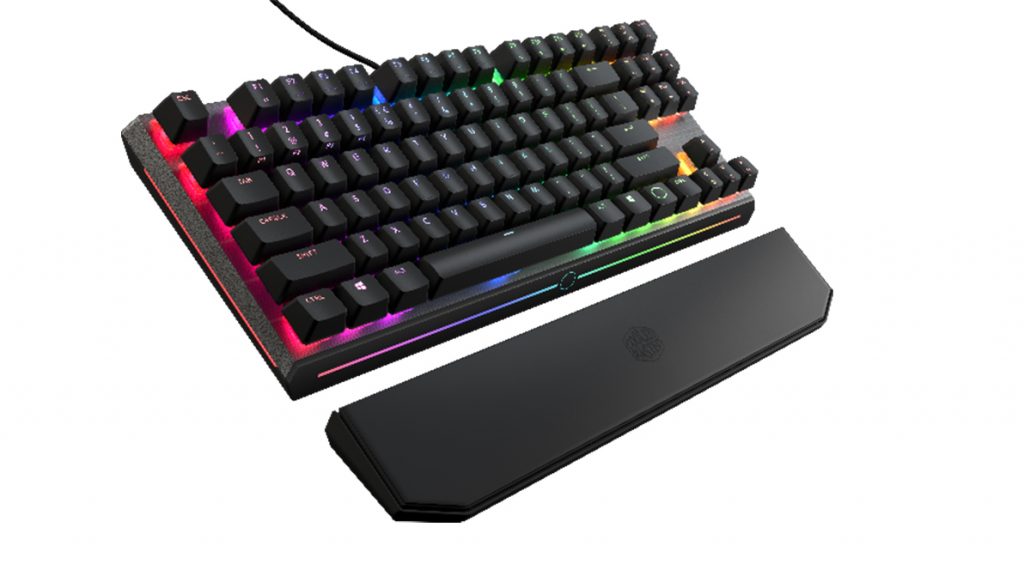 Unlike the MK750, the MK730 forgoes the numpad located on the right-hand side. This does help to save space, but sacrifices the media keys in order to do so.

Cooler Master has based its CK530 on the CK550, once again opting for a tenkeyless design at the expense of LED indicators for Caps Lock and Scroll Lock. The company manages to cut the price down significantly in comparison to the MK Series, thanks to its use of Gateron Blue Mechanical Keys. Despite not being as prolific as its Cherry counterpart, the switches ensure reliability with a rating of 50+ million key strokes. 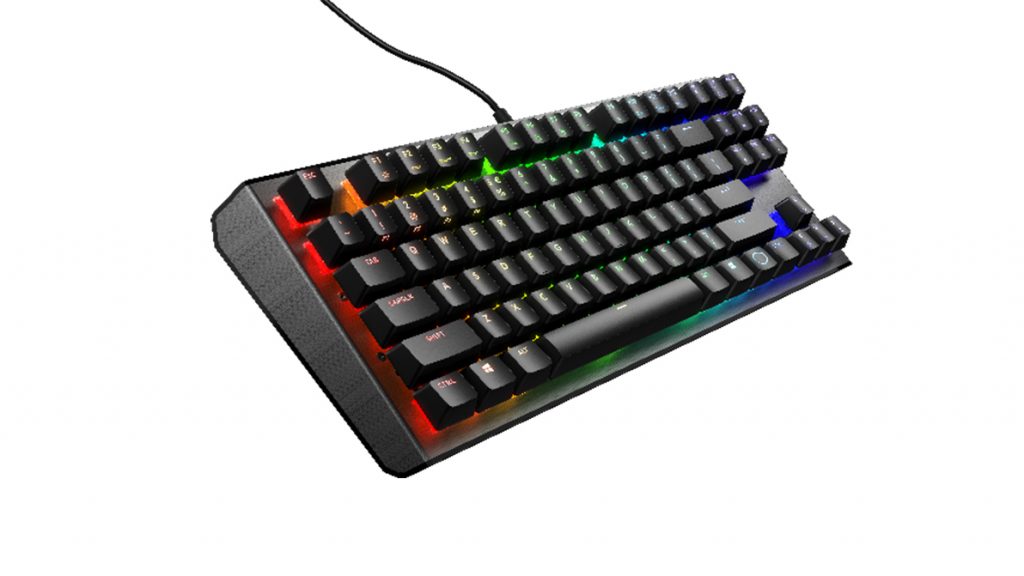 The company utilises per key RGB illumination across the CK530’s floating keycap design, allowing the lighting to bounce off the gunmetal top plate. Software is also promised to be intuitive, allowing for “real-time customisation” with macros and lighting.

These tenkeyless versions are not intended to be cheaper than their full counterparts, as they deliver the same premium gaming experience. Instead, Peripheral General Manager Bryan Nguyen states that it was a “no brainer to offer our two best-selling keyboards in TKL form.”

KitGuru Says: My first mechanical keyboard was a tenkeyless, and I found myself appreciating the extra space more than loathing the loss of the numpad I barely used. This will vary per user, of course, but it’s always nice to have the choice. What do you think of Cooler Master’s new line-up?