Although his iconic future self is already present in the game, Anakin Skywalker’s prequel incarnation is headed to Star Wars: Battlefront II later this week. Developer DICE isn’t afraid to tread the fine line of fan service, even packing in actor Hayden Christensen’s infamous line from Episode II: Attack of the Clones.

Anakin will arrive in Battlefront II in two different variants, Jedi Knight and Jedi Robes. Both are modelled after his appearance in Episode III: Revenge of the Sith, but EA is still introducing him as “one of the strongest light side heroes” in the game. He will deal 140 base damage with an additional 40 damage from backstabbing. He has 850 health points, with 350 health points in his regeneration pool. 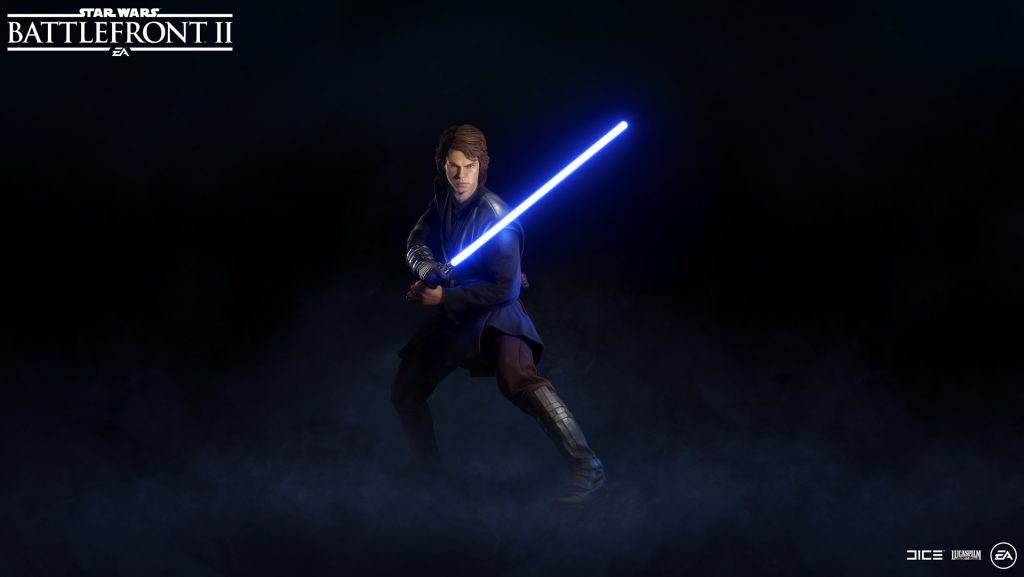 It’s Anakin’s skills that make him a formidable opponent. His Passionate Strike deals 180 damage to heroes and 250 to standard units, breaking through the enemy’s block. His Heroic Might ability allows Anakin to absorb up to 90% less damage, channelling it back to enemies within an ever-increasing radius, knocking them back. Alternatively, Pull Dominance allows players to drag units towards them to deal 70 damage to heroes and 100 to ordinary enemies.

Over time, all of the damage inflicting to or by Anakin and his allies builds up his Retribution meter. Once this has been filled, Anakin unleashes his fury by Force choking any enemy within range. This deals up to 150 damage over time and briefly protects the player while it is active.

The most interesting part of Anakin’s introduction however, is his interaction with other characters. Alongside witty exchanges where Obi-Wan asks “Why do I get the feeling you're going to be the death of me?” and insulting General Grievous by asking if someone forgot to change his battery, it’s his infamous dislike of sand that takes the cake:

“I don't like sand. It's coarse and rough and irritating… and it gets everywhere,” reads the meme-worthy line. It’s easy to see where the scriptwriters were coming from with this one, echoing Skywalker’s less than favourable past as a slave on Tatooine, but the time, pacing and actor Hayden Christensen’s delivery often come under fire on the internet.

Its appearance in the game isn’t just for meta humour, but a showcase that DICE is listening to its fans. Fans flocked to Reddit late last year to express their desire to hear Anakin complain about sand once more, stating that it would give the character “full representation.” After achieving the 5,000 upvotes requested by DICE community manager Ben Walke, the developer said that they would “think about it.” And here we are, with voice actor Matt Lanter reprising his role from the Clone Wars TV series to hate on sand.

KitGuru Says: Honestly, as much as I despise the line in the film, I’m happy to see it included with the arrival of Anakin. Are you ready to hear complaints about sand, because it’s not exactly like he’s wrong?