The OnePlus 7 Pro is officially here, and the leaks were right

We've been hearing a lot about the OnePlus 7 Pro over the last few weeks, and today the phone was officially announced with three simultaneous launch events held in London, New York and Bangalore. Unsurprisingly, it turns out the leaks were very accurate.

That means the OnePlus 7 Pro sports a large 6.67in OLED display, with an all-new 90Hz refresh rate. On top of that, it's also now a curved screen – similar to the Huawei Mate 20 Pro and Samsung Galaxy S series – with a 3120×1440 QHD+ resolution and even HDR10+ support.

The design is also very sleek, with absolutely tiny bezels around the front display, and a large part of that is due to the new selfie camera and speaker positioning. The earpiece sits in a tiny cut-out just above the top of the display, but most eye-catching is the front selfie camera which pops out of the top edge of the phone via a sliding mechanism.

OnePlus says this mechanism has been tested over 300,000 times, so you could theoretically open and close it 150 times a day for over 5 years. Whether or not that will hold up for everyday usage is another thing, but it's a very cool concept nonetheless. 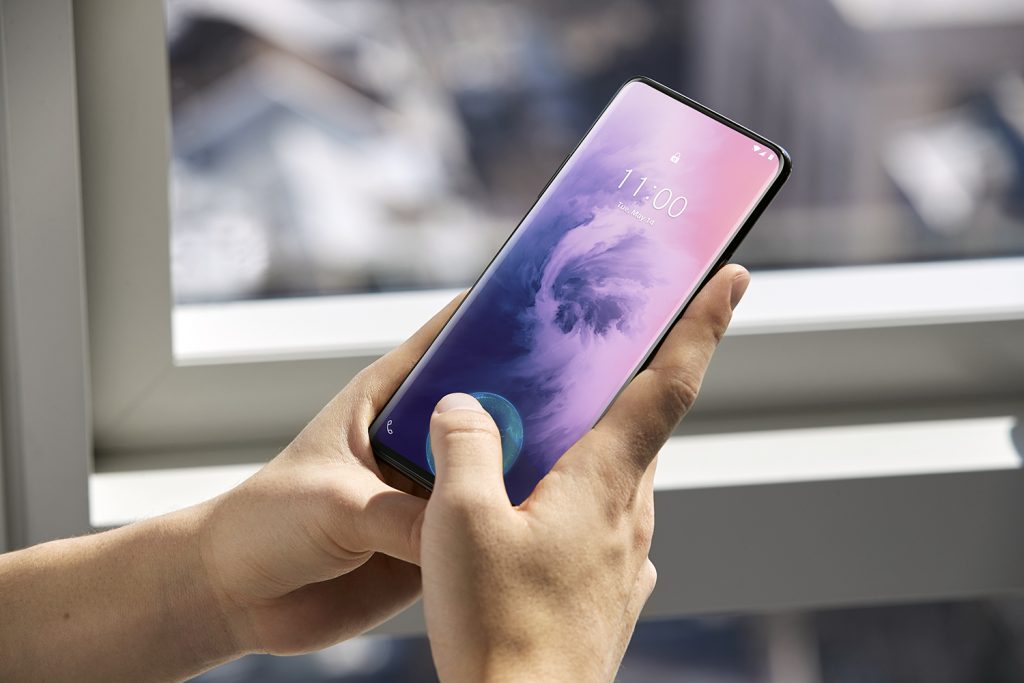 Speaking of cameras, the triple-camera configuration we'd heard about previously is exactly what we get. This means there are three sensors on the back of the phone – 48MP, 16MP and 8MP. The 48MP camera is the primary one, with a f/1.6 aperture lens and OIS. The 16MP camera is an ultra-wide with a f/2.2 lens and 117 degree field of view, while the 8MP camera is a 74mm telephoto with a f/2.4 aperture.

Other specs include the Snapdragon 855 processor as expected, alongside 6/8/12GB RAM. The battery has also received a big bump, with a new 4000mAh capacity, while OnePlus' new fast-charging standard, Warp Charge 30, should give a 50% charge in just 20 minutes. As we've known for a while, though, there is no support for wireless charging.

KitGuru says: Will anyone be picking up the new OnePlus 7 Pro? On paper it looks a great phone and it will be interesting to see how popular it becomes with the wider market.