For years there have been rumours that Call of Duty Modern Warfare 2 was set to get a remaster. Yesterday we reported that the game’s announcement was imminent, and true enough, Call of Duty: Modern Warfare Campaign Remastered has now been announced. As is in the title, the game features only the campaign, and currently has a 30 day exclusivity window on PlayStation.

Releasing today, Call of Duty: Modern Warfare 2 Remastered allows you to “Relive the epic single-player Campaign from the 2009 blockbuster Call of Duty: Modern Warfare 2, remastered in true high-definition. Experience classic missions including Cliffhanger, The Gulag, and Whiskey Hotel as you join Soap, Price, Ghost and the rest of Task Force 141 in the globe-spanning fight to restore order to the world.”

The game is available right now on PlayStation 4 for £19.99. Though the price tag is much lower than some may have expected, the game features only the Campaign portion of the original game – Multiplayer and Spec Ops are not present. Furthermore, the game is receiving a 30 day exclusivity window on PlayStation. The remastered title is set to arrive on Xbox One and PC on the 30th of April. Though not the most egregious exclusivity window, it may be disappointing to those on other platforms who were looking forward to reliving the story of Modern Warfare 2. 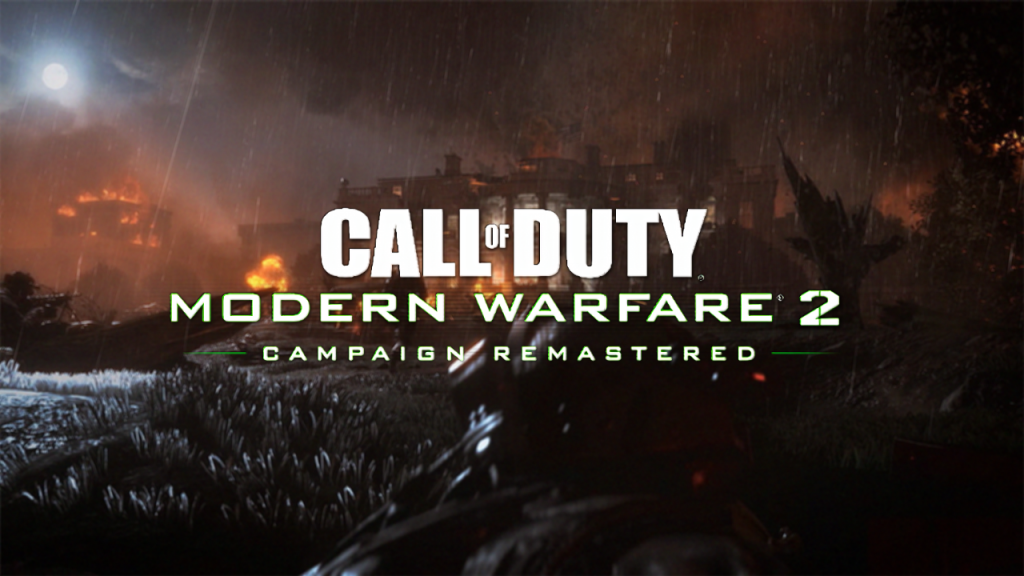 The remaster itself is said to benefit from “improved textures, animations, physically based rendering, high-dynamic range lighting and much more”. With this being the second Modern Warfare title to receive a remaster, it’ll be interesting to see whether the third game in the series will see a similar treatment, and if Treyarch’s games are set to follow in its footsteps.

KitGuru says: Are you looking forward to replaying Modern Warfare 2? What was your favourite game mode: Campaign, Multiplayer, or Spec Ops? What other Call of Duty title would you like to see remastered? Let us know down below.