Uncharted 4 among PlayStation Plus’ free games for April

Last week, April’s free PlayStation Plus titles had allegedly leaked. The console manufacturer has now finally announced which titles subscribers to its online service can expect – and it is as the leaks foretold. For the month of April, PS Plus subscribers can look forward to receiving Uncharted 4: A Thief's End and Dirt Rally 2.0 on the 7th of April.

To those of you who own a PlayStation 4, Uncharted 4 needs no introduction. The final chapter of Nathan’s Drake’s saga which has spanned two consoles and a handheld, Uncharted 4 released in 2016 to universal acclaim. The game later went on to sell over 15 million copies.

For those who have yet to meet Nathan Drake however, Uncharted 4 is a third person action-adventure title which sees the series’ protagonist “forced back into the world of thieves. With the stakes much more personal, Drake embarks on a visually stunning globe-trotting journey in pursuit of a historical conspiracy behind a fabled pirate treasure. Nathan Drake’s greatest adventure will require quick wits, fast fists and inventive use of weaponry while testing his physical limits, his resolve, and ultimately what he’s willing to sacrifice to save the ones he loves.” 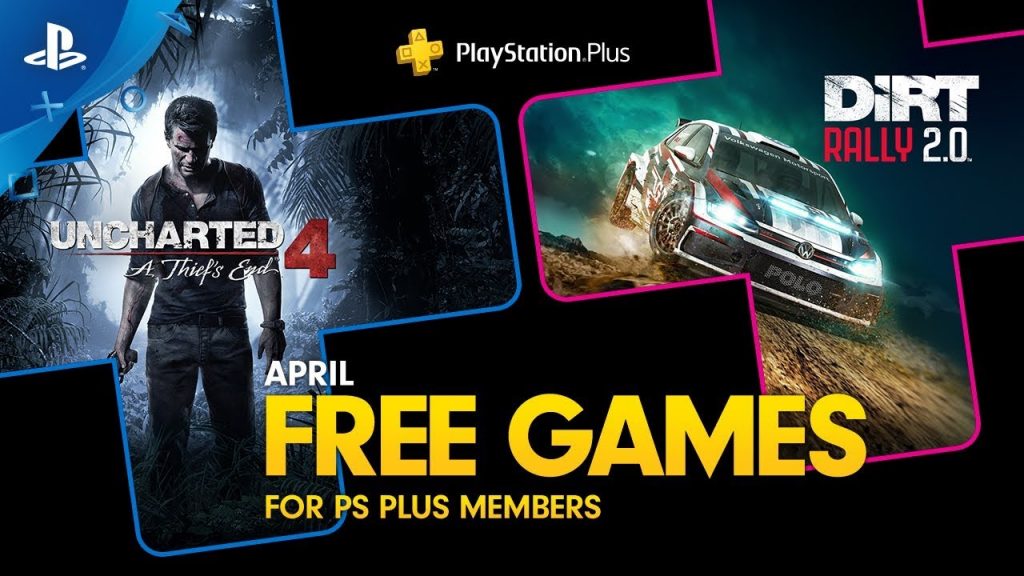 The second game on offer is Dirt Rally 2.0. Developed by Codemasters (who have been creating racing games since the 1980s), Dirt Rally 2.0 is the sequel to 2015’s ‘Dirt Rally’, and puts great emphasis on its realistic driving physics. The game allows you to “Perfect precision driving and develop nerves of steel as you roar through a selection of iconic rally tracks from across the globe in search of championship glory”. With “race-altering weather systems, in-depth car customizations and much more,” Dirt Rally 2.0 should fulfill all your racing simulator needs.

If you have yet to redeem March’s titles (Shadow of the Colossus and Sonic Forces), then you still have until the 7th of April, at which point they will be replaced by Uncharted 4 and Dirt Rally 2.0.

KitGuru says: What do you think of April’s line-up? Have you played Uncharted 4? What was your favourite game in the series? Let us know down below.