AMD recently announced the new 4C/8T Ryzen 3 processors. Although the CPUs haven't launched yet, the first benchmarks for the Ryzen 3 3000 series have started to pop up, and they seem to pack quite a punch when considering the expected price of $99 and $120 for the 3100 and 3300X, respectively. 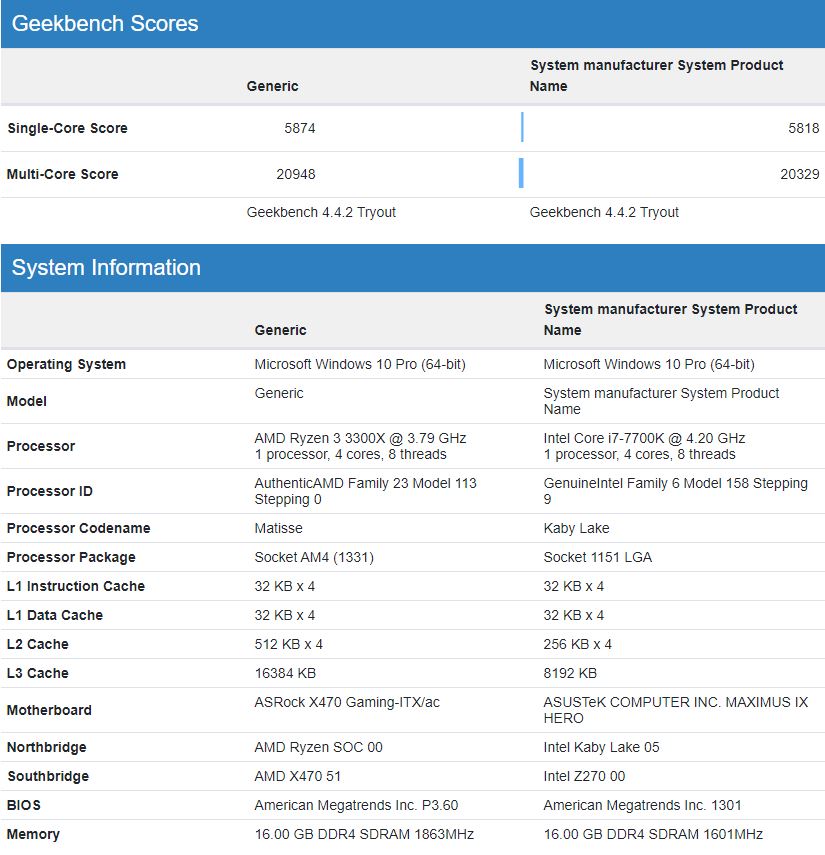 Comparing AMD solutions with Intel's 3 or 4 year-old processors may seem unfair, but these chips still use a very similar architecture when compared to the currently available solutions. The reason this comparison is relevant it's because they have a similar core and thread distribution to AMD's processors. A better comparison will be possible once Intel has released its Comet-Lake CPUs, specifically the Core i3-10100 with the same 4C/8T configuration with a 3.6GHz base frequency and a 4.4 GHz boost frequency.

KitGuru says: AMD's new Ryzen processors seem to offer a good price/performance ratio. Would it be an upgrade compared to your current CPU?