Sea of Thieves has come a long way since its launch in 2018. What originally started out as a lukewarm multiplayer title has turned into a more expansive and fun pirate adventure with a dedicated, sizeable player base. That has become all the more clear this week, with Sea of Thieves surpassing 15 million players. 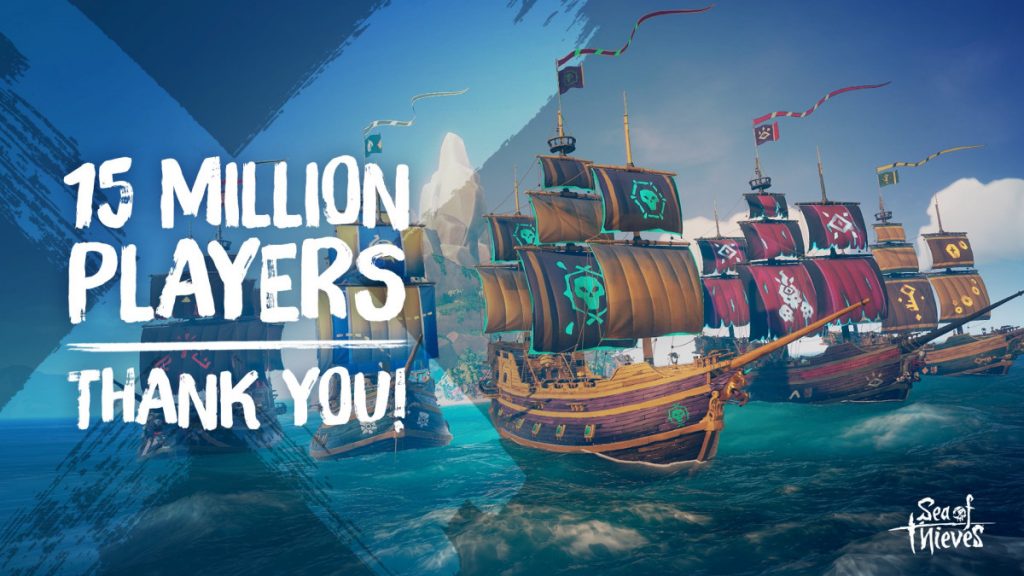 June was naturally the biggest growth month for Sea of Thieves, in large part thanks to the game's release on Steam. In terms of active players though, there are 3.3 million players regularly logging in each month.

As you might expect, this milestone celebration post ends with a thank you to the players, with Rare saying: “On behalf of all of us at Rare, I’d like to say a big thank you to everyone who’s ever played Sea of Thieves for helping to get us this far. It’s a game that we love making, and there’s plenty more to come. See you on the seas.”

KitGuru Says: We'll likely be getting some news for the next big Sea of Thieves update very soon, perhaps even during the pre-show for the Xbox Games Studios showcase later this week. Have many of you begun playing or returned to Sea of Thieves this year? What do you think of the game nowadays?