Over a dozen EA games receive FPS Boost on Xbox

Xbox’s FPS boost allows for many older titles to take advantage of the new generation of Xbox hardware, allowing games which were never designed with higher frame rates in mind on consoles to get updates to 60fps and beyond. EA has now announced that over a dozen of its own games will receive FPS Boost, making Xbox games such as Battlefield playable at 120fps.

Following on from the latest round of FPS Boost titles, Microsoft has announced that over a dozen EA titles will be receiving the FPS Boost treatment. The games in question are: 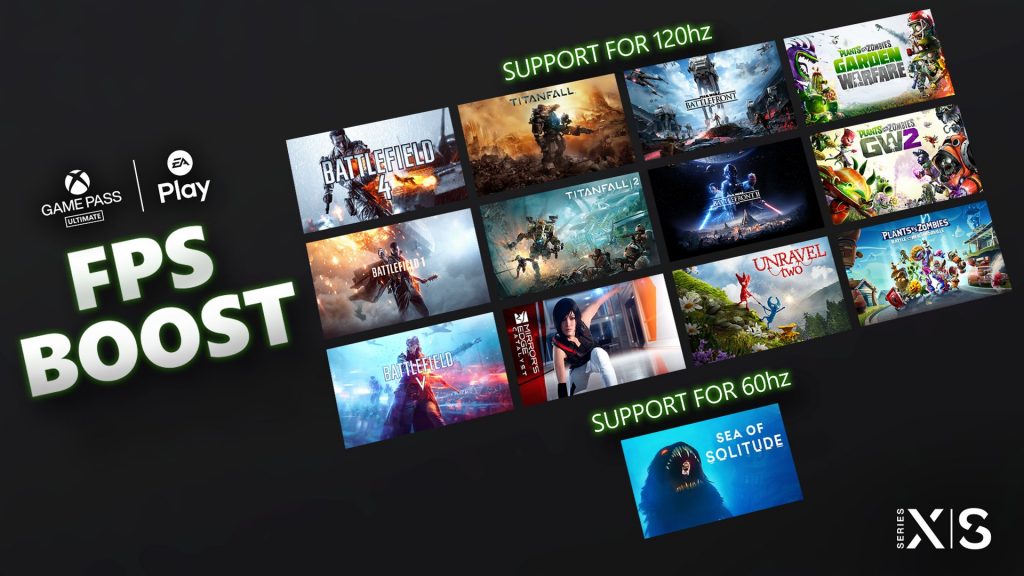 All of these titles will be boosted to 120fps on both the Xbox Series X as well as the Series S (aside from Sea of Solitude, which will run at 60fps). It is worth noting however that some of these titles will see their resolutions drop in order to facilitate this higher frame rate. As such, some of these games will not have their FPS Boost activated by default. Instead, players will manually have to choose to turn the feature on. For some, the hit to resolution isn't worth it, whereas for others it most certainly is.

Regardless, bringing FPS Boost to more titles is a great addition, and serves to further support the narrative that Microsoft is dedicated to offering as such backwards compatibility and cross-generational support as possible. The full list of FPS Boost titles can be found HERE.

KitGuru says: What do you think of FPS Boost? Will you use it? What games do you think would benefit the most from a boost? Let us know down below.

Previous Alien: Isolation is free on the Epic Games Store
Next Intel is planning to build a new fabrication facility in Europe