Marvel’s Avengers had a rocky launch when it released back in August 2020. The live-service title has suffered from a lack of content for the past year – something which they are finally addressing. Unfortunately, alongside new content, the development team at Crystal Dynamics have now added pay-to-win mechanics.

Marvel's Avengers has always featured a marketplace where players can purchase cosmetic DLC such as costumes and more. While some may take issue with this being in a full price game, many came to accept it. As part of the latest marketplace refresh however, the team at Square Enix/Crystal Dynamics have added a new section offering consumables.

These consumables seem to offer XP boosts – something which they previously promised they wouldn't do. This is doubly concerning when considering the fact that back in March the team behind Avengers nerfed the amount of XP gained as they claimed that “The current XP ‘curve’ isn’t really a curve at all. In most RPGs, the amount of XP you need to level up increases as you gain levels in a curve, but our system is a straight line. This has led to pacing issues, such as skill points currently being rewarded too fast, which may be confusing and overwhelming to newer players. We want each decision to invest in a skill or Heroic to be more meaningful.” 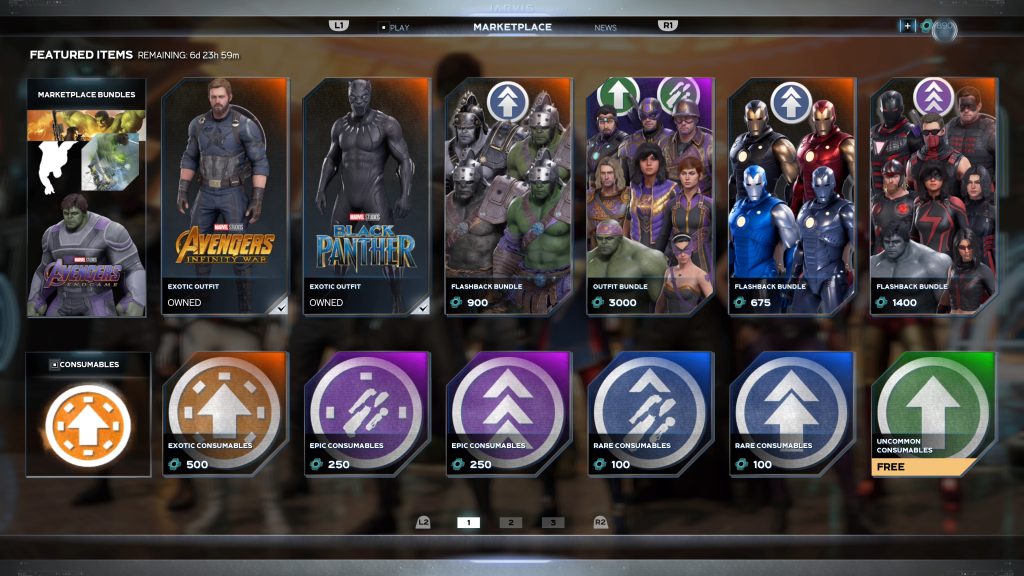 Adding these new XP buffs not only undermines this previous decision, but all other communication regarding the game – past, present and future. It is worth noting the timing of this change. It lines up neatly with the addition of Marvel’s Avengers to Game Pass. While still looked down upon by most, some players are more willing to accept such tactics in a free-to-play game.

Of course, adding Marvel’s Avengers to Game Pass does not make it a free-to-play game, even if subscribers of Microsoft’s service do not pay Square Enix directly for the game. There was no doubt an exchange of money between Microsoft and Square Enix to add the title to Game Pass – and so for the publisher that should have been enough.

Insomniac Games and Sony have shown what can be achieved when a studio, the publisher and IP owner all work together to make an honest-to-god good product with no shady monetary tactics. It is just a shame to see that Square Enix did not learn that lesson.

KitGuru says: what do you think of this addition? Are you bothered by it? How can Crystal Dynamics improve the game? Let us know down below.