It has been roughly a full calendar year since I first picked up an Xbox Series X and with PC components hitting all-time high prices, I've spent most of 2021 as a console gamer, primarily playing on Xbox. With Year-One down, it is time to take a look back at the first year of ‘next-gen' and whether or not it was worth upgrading right from the off. 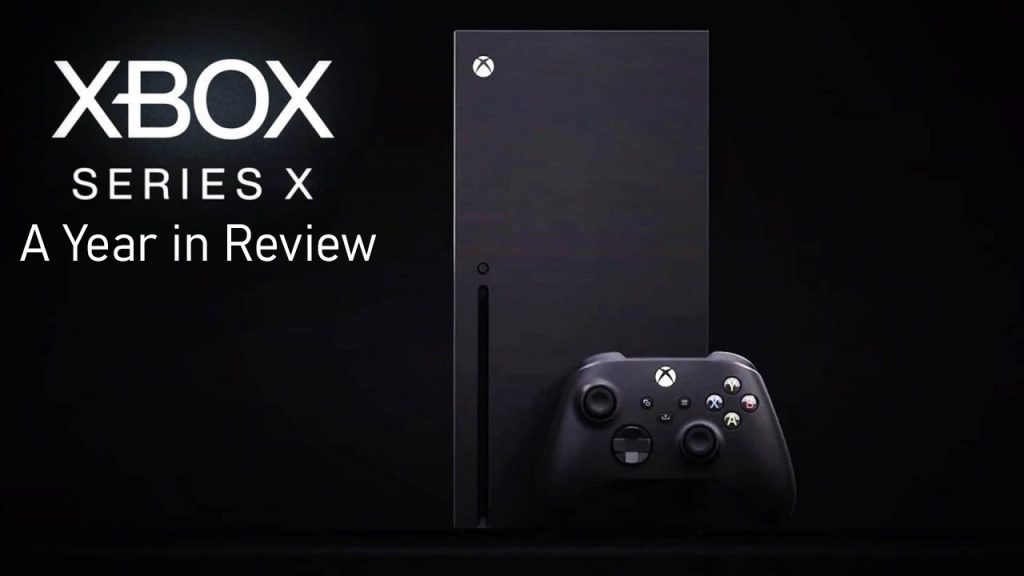 The first year of next-gen has been somewhat complicated, as the on-going pandemic has resulted in a lack of stock due to chip shortages, and has had a profound impact on game development, with many developers transitioning to work-from-home environments. The transition has not been easy for many studios working on large projects and has resulted in some major delays. With that in mind, launch day for the Xbox Series X was not as grand as it could have been, with titles like Halo Infinite being delayed a full year.

What we did get though was a good number of third-party, non-exclusive titles, with one crucial upgrade – 60FPS gameplay. As someone coming from PC over to console, being able to run games at these higher frame rates has made the switch much less jarring and it makes console gaming far more enjoyable overall.

My early days with the Xbox Series X were primarily spent playing the likes of Yakuza 7: Like a Dragon, Assassin's Creed Valhalla, Watch Dogs Legion and my biggest guilty pleasure game, NBA 2K. All of these games look good for sure, but there was nothing about these titles that really screamed ‘next gen' in terms of visuals and honestly, I probably could have stuck with my older Xbox One X for a bit longer. That is unfortunately a trend that has continued through much of the year.

We are still very much in a ‘cross-gen' period, with most games still launching on the older consoles, so many of these titles are lacking the wow factor when it comes to graphics. This problem is exacerbated on Xbox, as the PS5 has supplied jaw-dropping visuals in exclusive titles like Returnal, Ratchet and Clank: A Rift Through Time and Demon's Souls. Meanwhile, Microsoft's most impressive exclusives for this year have been Forza Horizon 5 and Halo Infinite, which both look great, particularly Forza Horizon 5, but you can tell in both cases that these games aren't hitting truly next-generation levels of graphical effects.

Given how powerful the Xbox Series X is though, this is a problem that will be fixed with time. As a PC enthusiast, I'm always looking for the best hardware possible, and from a purely technical standpoint, the Xbox Series X has the better hardware, with a better GPU and CPU combination in a smaller package. I do own a PS5 as well and I can tell you that pictures don't quite do justice to the size difference between these two consoles in person.

On Xbox Series X, we see that many games are already running at slightly higher resolutions and locking at 60FPS more often versus the PS5, with a few exceptions. As Microsoft makes the transition from cross-gen to next-gen only game development, we should see more exclusives that do reach the pinnacle of graphical fidelity. I have high hopes for Avowed, Hellblade II, State of Decay 3, Fable, Perfect Dark and Starfield, but many of these games do not have release dates yet and a good chunk of these titles aren't coming until 2023 or beyond.

Microsoft is making up for this long wait for true next-gen games a little bit with excellent features to boost the visuals and performance of last-gen games, and through Xbox Game Pass. FPS Boost and Auto HDR bring new life to older games. I likely never would have booted up Fallout 4 or Skyrim again on Xbox if it weren't for FPS Boost, but just one year in, the team has made the unfortunate announcement that this program is on hold, as many games in testing started exhibiting game-breaking bugs. The FPS Boost program is not cancelled, but we're in for longer waits between waves of games and it is a shame to see this revealed so early on in the console's life-cycle.

On the plus side, Xbox Game Pass takes the sting out of early adoption. I rarely have to purchase games at full price anymore, and 2021 has been absolutely huge for Game Pass, with better third-party deals for day-one titles like Back 4 Blood and Outriders, a deal with EA to ensure Game Pass Ultimate subscribers also get access to EA Play, as well as the additions of Bethesda's entire catalogue and new games from Xbox Game Studios, like Psychonauts 2, Forza Horizon 5 and soon, the Halo Infinite campaign. I've found myself trying games that I never would have purchased, revisiting older titles that I missed out on in previous years and I'm getting to play new releases that I've been looking forward to on day one.

When it comes down to it though, the first year of the Xbox Series X lifecycle has lacked glitz and glamour. You absolutely do not need to own this console right now in year-one, but I also have no regrets as an early adopter, particularly as someone coming over from an ageing PC that can't handle the latest 2021 titles at decent graphical settings and frame rates. The PS5 was the better buy this year for those looking for true next-gen experiences, but the Xbox Series X has a damn good set of features baked in and a very bright few years ahead.

KitGuru Says: The Xbox Series X hasn't had the most impressive first year and in many ways, it still feels like we're waiting for next-gen to begin. However, powerful hardware for third-party titles, Xbox Game Pass, backwards compatibility and features to make a good number of older games look and run better are all helping to ease the wait for Xbox's jaw-drop moment.