Sony has recently struggled to keep its PlayStation Plus line-ups a secret, with some months having their games list leak days or even weeks ahead of time. Such was the case with December 2021’s line-up, and now Sony have officially come out and announced the games.

Making the announcement on their Blog, Sony revealed the PlayStation 4 and 5 titles that will be free from the 7th of December: 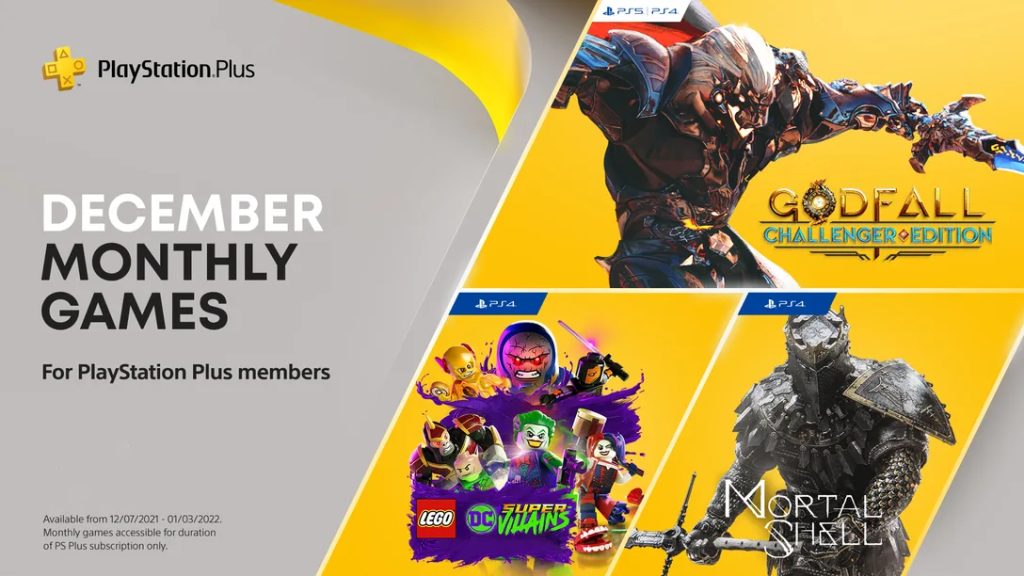 While this list is no different from the previous leak, the official announcement does come with some additional information. Firstly, though the leak accurately claimed that players would be receiving Godfall: Challenger Edition, there were no details as to what was included in this new edition.

We now know that the Challenger Edition “allows new players to experience the game’s trio of endgame modes, minus the story content of the base game and Fire & Darkness expansions, and grants existing players new exciting features and rewards to enjoy.”

The other confirmation pertained to Mortal Shell. Even though the leak accurately claimed that the souls-like would be offering the PS4 version, and not the recently released PS5 edition, some fans were hoping for two free PS5 games this month. Unfortunately that wasn’t the case.

Even with both of these titles being somewhat stripped down versions, December’s PlayStation Plus line-up is a solid way to end the year. With PlayStation 5 now being 1 years old, it will be interesting to see whether the console manufacturer chooses to focus more on adding PS5 games to the line-up in 2022. We will have to wait and see.

KitGuru says: What do you think of this month’s line-up? Which month was the best in your opinion? Will you stay subscribed in 2022? Let us know down below.