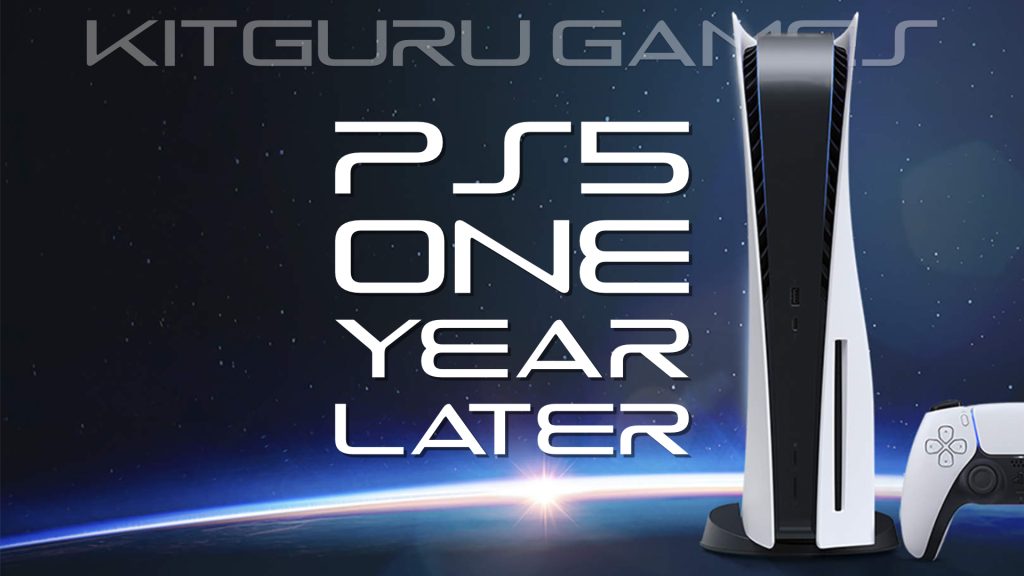 When Sony first showed off the PlayStation 5, it did so by choosing to focus on a select number of features which – when combined – informed the next generation of console gaming in the eyes of Sony. These features included the SSD; haptic feedback; adaptive triggers; 3D audio and of course: ray-tracing. One year on from the console’s launch, we are diving deep into the PS5’s first year on the market and analysing whether all these features and more lived up to the hype. 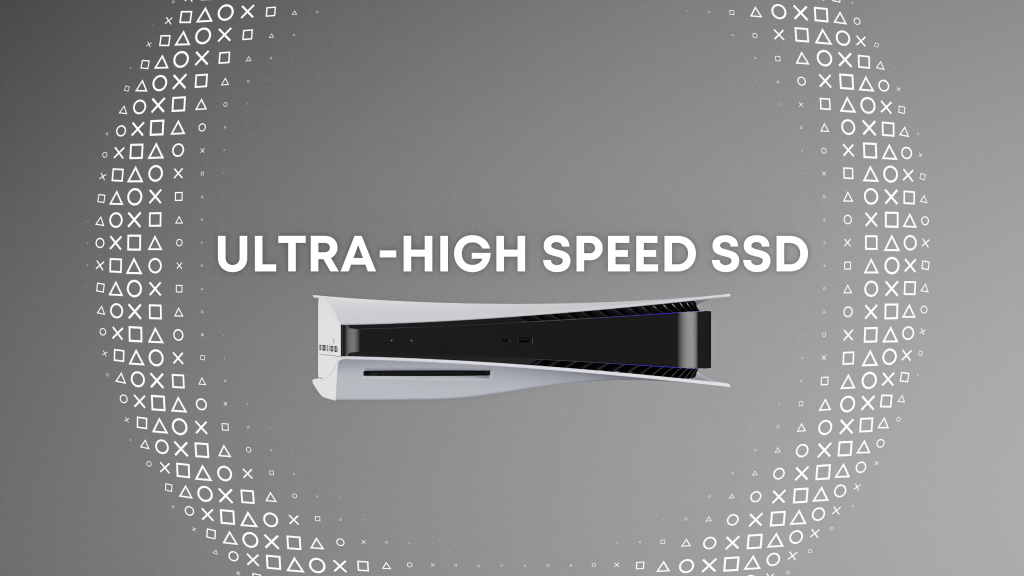 SSDs were already in existence when the PlayStation 4 was first announced, and so the consoles using mechanical hard drives proved to be a hard limiter on the compatibility of the previous generation of consoles. The PS5 is unshackled by this, with Sony putting many of their eggs into the SSD basket. Did it pay off? Yes.

Looking at it from a game design standpoint, this new “ultra-fast” SSD has allowed for many more immersive experiences. Booting up Returnal or Spider-Man: Miles Morales sees you play through the entire game with no discernible load times. Third-party developers have not taken as big of an advantage of this new hardware, however. Most if not all third-party games see some form of loading screen – even if it is greatly reduced. What’s more, as the games need to be designed for the lowest common denominator, most games releasing currently are built with mechanical hard drives in mind, meaning that the game is being designed with load screens as an expectation – thereby breaking immersion no matter how short the load. Game design is of course a tough balance and so it makes sense that only first-party developers would take full advantage of the SSD. Even so, hopefully as the generation goes on, more and more developers join in.

One other way that developers have actually been taking advantage of the SSD is through smaller file sizes thanks to the Kraken compression technology as facilitated by the SSD. The PlayStation 5’s relatively meagre 825 GB SSD may seem like a downgrade at first, but thanks to Kraken, many games built with PS5 in mind have seen much smaller file sizes – more than making up for the small SSD size. While still early in the generation, initial impressions of developers' excitement behind the SSDs appears to be held back by cross-gen titles. Hopefully we move beyond this period soon. 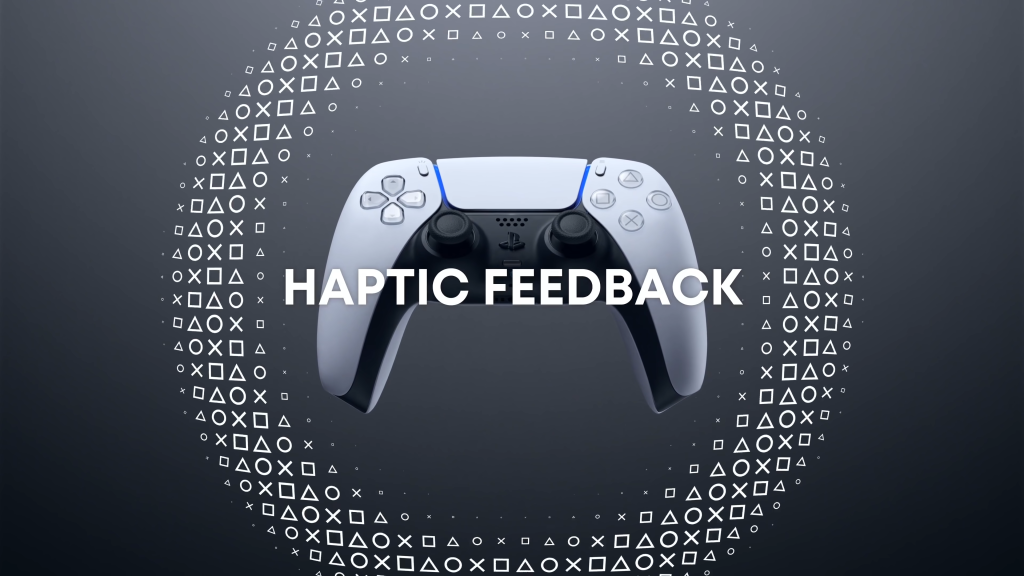 Rebranding the controller from the DualShock to DualSense was indicative of just how much stake Sony was putting into the PlayStation 5 controller. Controllers are used for hundreds or thousands of hours over their lifetime, and so in making a drastic alteration to the classic DualShock design, Sony were risking it all. Fortunately, it paid off – aside from one key exception.

The new and improved haptic feedback has been a blessing on the hands. Those that use the technology correctly help to make for a vastly improved experience, allowing you to feel all of the subtle movements around you. Even when a game does not utilise it to its maximum potential, the haptic feedback still feels pleasing. What has been slightly less pleasing however is the adaptive triggers. 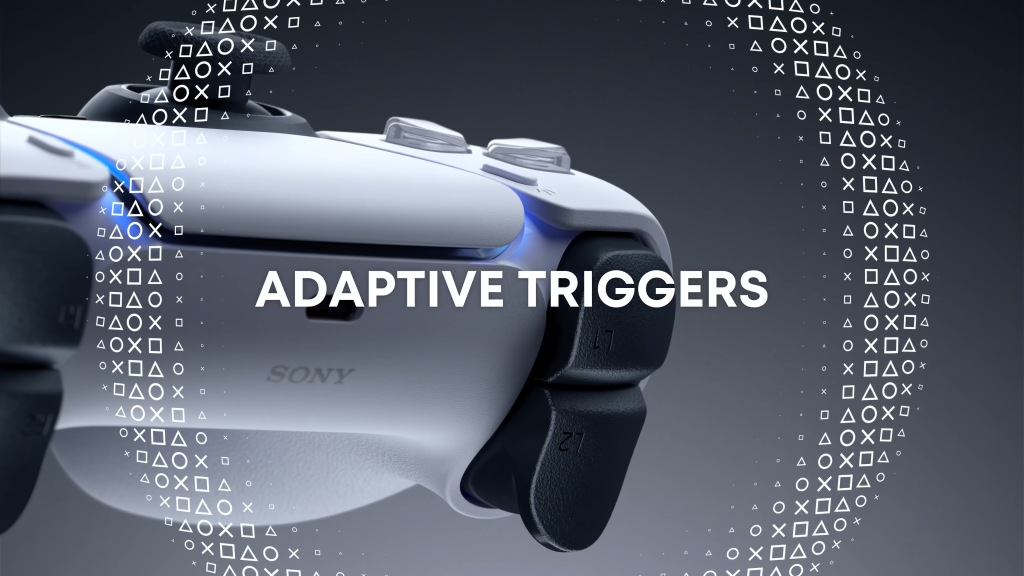 These triggers can be used for all manner of things, from simulating the recoil of a gun, to adding two extra buttons and allowing your hands to remain firmly gripped on the controller. That being said – unlike the haptics – when the triggers are implemented badly, it can be terrible. One such example comes from Call of Duty: Black Ops Cold War.

While Treyarch attempted to simulate the feeling of different guns within the game, the studio ended up making the act of using these guns not only cumbersome, but wholly tiring. Fortunately, after the initial stumble out of the gate, the recently released Call of Duty: Vanguard offers much improved trigger simulation – giving me hope that this feature will only get better over time.

In a previous edition of this column, I went into great depth on all facets of the DualSense controller, and so if you wanted even more comprehensive thoughts, you can find just that HERE. 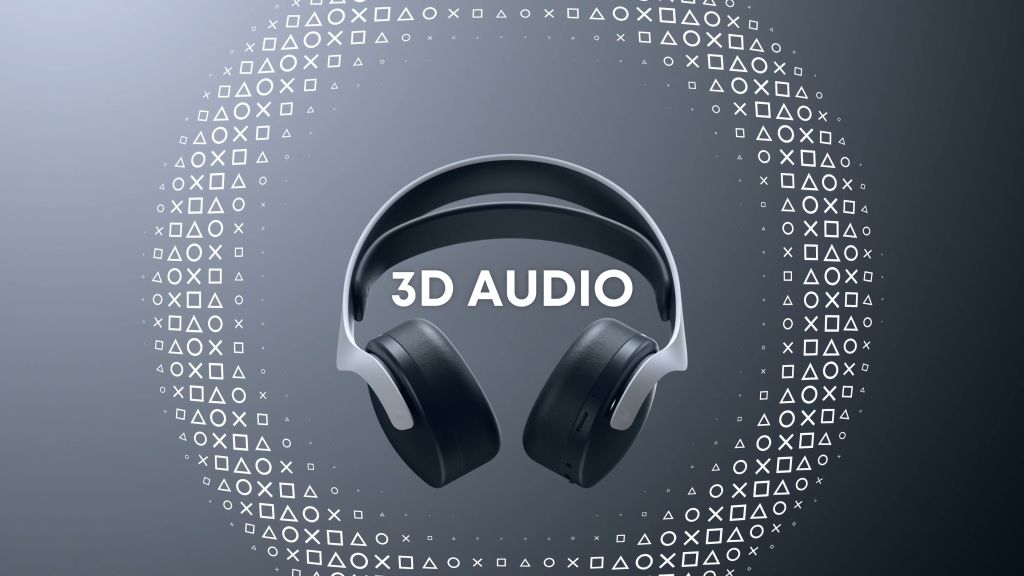 One of the biggest advantages of the PS5 was advertised to be the use of 3D Audio. Thanks to the Tempest Engine in the PS5, sound is meant to feel more all-encompassing, offering accurate and precise directional audio. This feature has disappointed somewhat – not because it is bad – but because it is in fact nothing new.

Though the PS5 may focus more heavily on 3D audio, previous systems were capable enough to use such surround sound – and the difference between the two feels minimal to my ears. Even with the official Pulse 3D wireless headset, the promise of 3D audio feels less impactful than Sony seemed to be promising prior to launch. 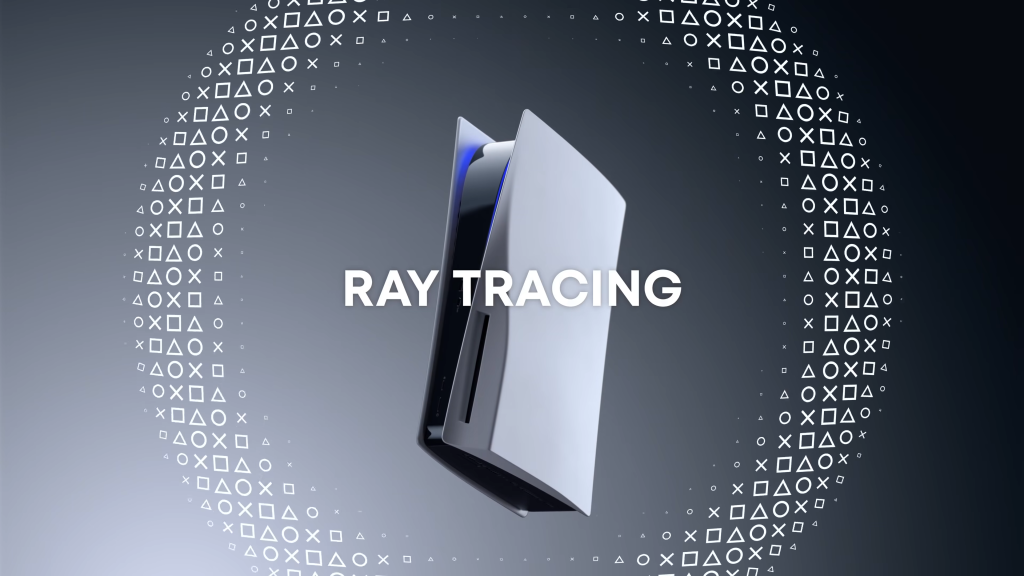 Ray-tracing is another major feature which was seemingly overhyped. Playing Spider-Man: Miles Morales, Ratchet & Clank: Rift Apart and more with ray-tracing does make for an impressive experience, however in many instances the subtle visual improvements are not worth the compromises.

Firstly, there are multiple different types of ray-tracing – for shadows, lighting and reflections – and games will generally use a combination of these instead of all at once. This already makes for less impactful results. Additionally however, due to developers having had to find work arounds to real-time effects such as ray-tracing for so long, the alternative methods of extracting reflections, lighting and shadows have become so much more efficient – with the artistry of developers closing the gap on visuals all the while maximising performance.

Developers have also begun to experiment with the technology, mixing real time effects with pre-baked data. Hopefully this continues into the generation. For now however, ray-tracing in many instances is not worth the performance trade-off. 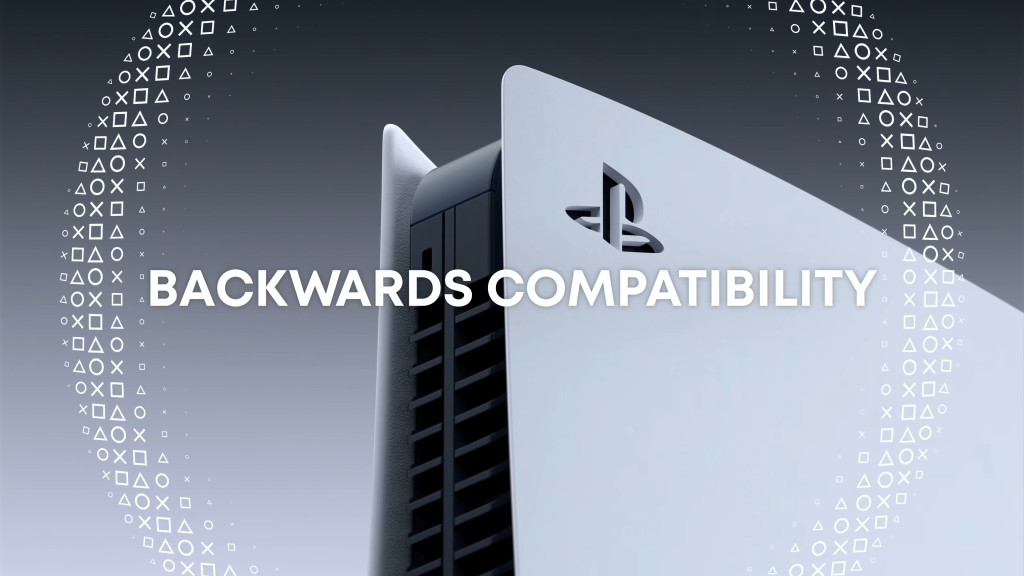 Backwards compatibility and Game Boost on the PS5 is nowhere nearly as impressive as the Xbox Series X's, with support for older titles being much more archaic than Microsoft – although at least that support is still there. While the Xbox Series X is able to play games across every Xbox generation (with many of them seeing improvements to not only resolutions but also frame rates) PlayStation’s backwards compatibility support is much smaller in scale.

I have not had any issues with playing any PS4 titles on the PS5, save for The Adventures of Captain Spirit (though this has since been fixed). Furthermore, over time, developers have been unlocking more of the power of the PS5 for use with PS4 games. What this means is that there is now a healthy list of PS4 games which run at 60fps on PS5. Seeing as how developers have to be directly involved to do so, and how offering true next-gen support requires the release of a whole separate app, backwards compatibility in its current state is functional, but embarrassingly subpar compared to Xbox. 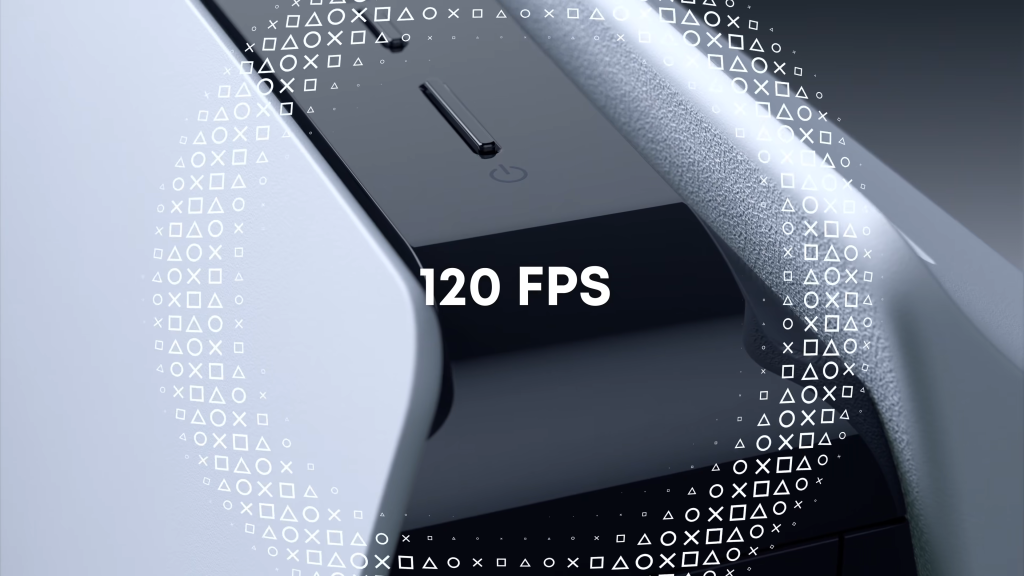 The last major next-gen feature – at least as far as hardware is concerned – is the support for 120fps. When it was first announced, this idea seemed in many ways ambitious. Console video games were barely hitting 30fps in some games, and yet the PS5 was promising quadruple the frames.

Jump to one year later and the promise of 120fps has in fact been fulfilled – at least in the areas that count. 120hz TV screens are still relatively rare, and so it is understandable that some developers have not focused on the feature. Still, with games such as Returnal feeling so good to play at 60fps, it would have been exciting to play this game – and many more – at 120fps even if visuals must be sacrificed.

Many competitive online shooters have done just that, and during intense multiplayer battles, the lower latency and extra frames were very much noticed. In fact, in games such as Call of Duty, I now refuse to play at anything less than 120fps. In playing at 210fps, my reaction times have improved, and 60fps by comparison has started to feel choppy. Of course, going back to 60fps or even 30 only requires a few minutes of adjustment, but being able to play games at 120fps on console is certainly appreciated. Hopefully as the generation evolves more games manage to hit that mark – not just competitive shooters and racing titles. 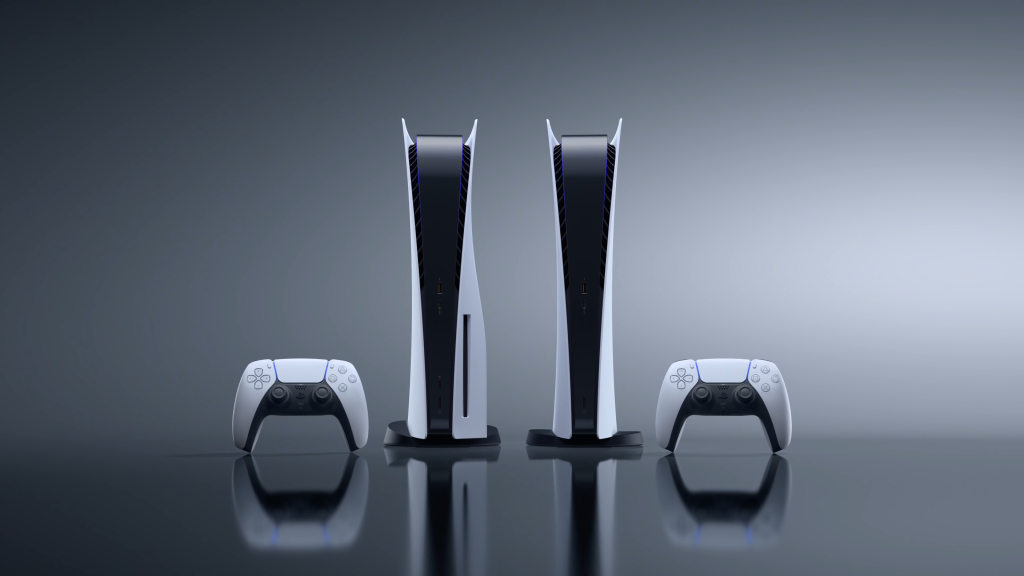 The PlayStation 5 was a polarising piece of hardware ever since it was first announced with its hyper-futuristic appearance, and contrasting colours. Even though I personally like the design, the exterior matters not – it is what’s inside that counts after all.

The hardware inside the PlayStation 5 is impressive, and has managed to make this new generation and console feel distinctly different from the already highly polished PlayStation 4. Hardware-wise, the PlayStation 5 has been off to a promising start. How does the software and overall user-experience fare after a year on the market? Tune in next time to find out.

KitGuru says: What do you think of the PS5 hardware? Have you managed to get your hands on the system? What is your biggest issue with the console? Let us know down below.