Despite being free at the point of entry, many free-to-play game studios have managed to amass an audience who are willing to spend a great deal of money on their games. This has been proven time and time again, and in 2021 a record-breaking 8 mobile titles managed to rake in more than $1 Billion in revenue…and they are all free-to-play.

As reported by mobile-focused analytics company Sensor Tower, 8 mobile titles managed to make more than $1 Billion in revenue from between the 1st of January and the 14th of December 2021. These titles are: 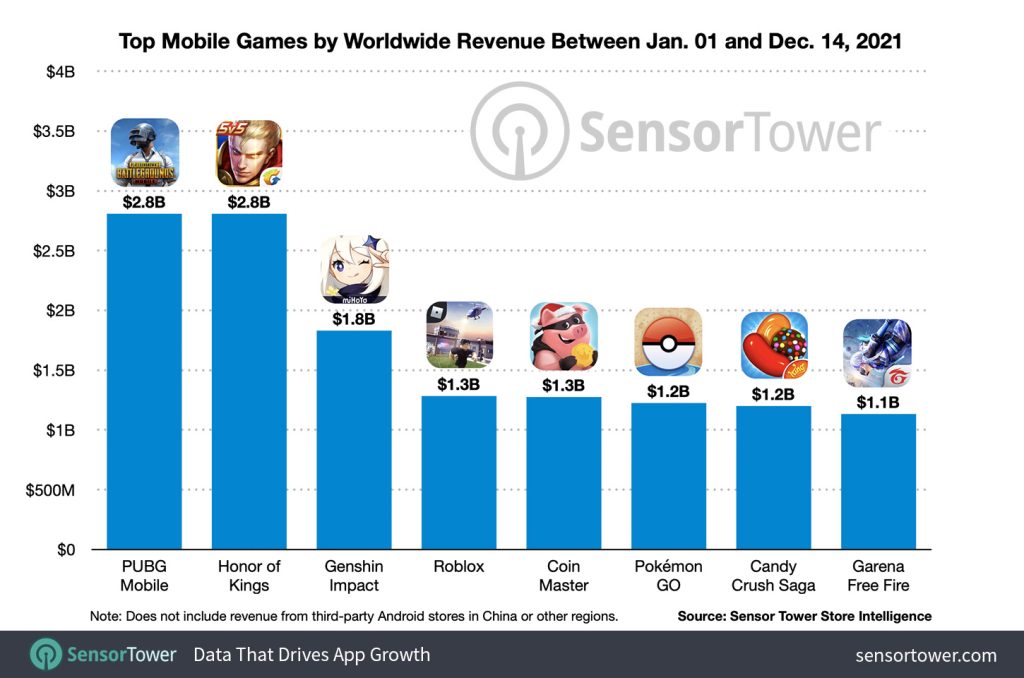 As you may have noticed, all of these titles are free-to-play, lending credence to the idea that free-to-play games actually make more money than premium titles. Of course, it is worth keeping in mind that the mobile game market and the console/PC market are wholly different entities, and what applies to one doesn't necessarily apply to the other.

That being said, the console and PC market are not free from the influence of free-to-play games. Many of the most popular games (at least when it comes to consumer discourse) are free-to-play, with titles such as Fortnite, Apex Legends and Call of Duty: Warzone (as well as Genshin Impact on {PS4/5 and PC) remaining in the zeitgeist for far longer than many premium offerings.

In some cases, the free-to-play variants are even more successful than similar premium counterparts (as can be seen with the F2P Call of Duty: Warzone compared to the $60/$70 Vanguard).

KitGuru says: What do you think of free-to-play games? Do you play any? Which is the fairest F2P game you have played? Let us know down below.