AMD reaffirms Zen CPUs are coming to desktops in 2016

This update came out during the Raymond James Technology Investors Conference (Via Wccftech), during which AMD’s CFO, Devinder Kumar discussed some of the business plan for the next year, which includes stabilizing the computer and graphics businesses. 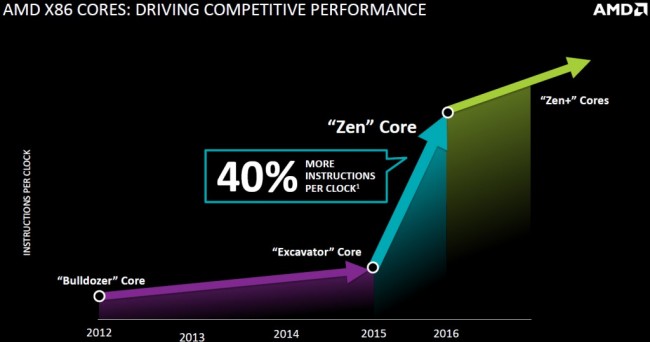 “I think the key is getting through 2016 is to continue to stabilize the computing and graphics business, commercial, professional graphics embedded and even the high-end desktops with the Zen Core should all be accretive from a margin standpoint.”

While Zen is launching next year, it won’t be the first part to make use of the AM4 platform, as some new APUs are set to launch earlier in the year, which will also take advantage of the socket. Right now, it is also believed that Zen has been taped out and has met its internal performance expectations with no significant bottlenecks.

KitGuru Says: While we may not see Zen on the market until quite late next year, it will still be interesting to see what AMD can bring to the table to shake up the CPU space a bit. Are any of you waiting on Zen next year?

Previous The weird and wonderful at Multiplay i56
Next Valve has patched the CS:GO R8 Revolver