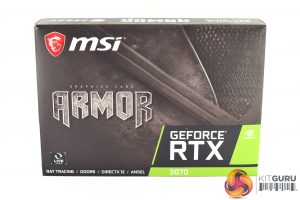 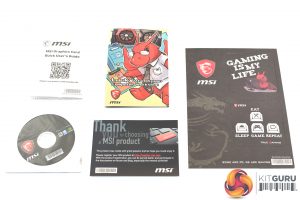 The MSI RTX 2070 Armor 8G ships in a dark grey box that appears to show an image of a knight’s breastplate on the front – tying in with the ‘Armor’ name. There is no image of the card itself present on the front of the box. 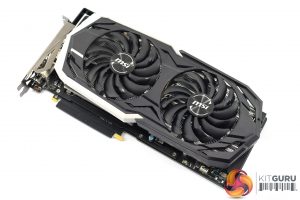 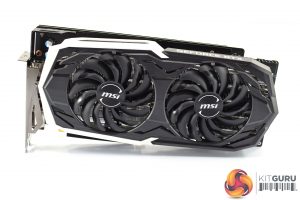 The card itself is pretty simple in terms of its design. The plastic shroud uses a black and white colour scheme that is a staple of the Armor series, and on the front we find two Torx 2.0 fans. This is one area where MSI is trying to keep costs down with the Armor 8G – its higher-end models now use Torx 3.0 fans, so the older fan used here just serves as a reminder that this is not a flagship model.

Personally I quite like the overall look – it’s certainly not going to clash with a colour coordinated build – but it is worth noting the plastic shroud is definitely on the flimsy side. Once you have it installed in your case it won’t be a problem at all, but when handling it for these photos and for card disassembly (see below) I could definitely feel the plastic frame flexing quite a lot in my hands. Again, it’s not a problem to my mind but it just reinforces the fact that this is a cheaper card. 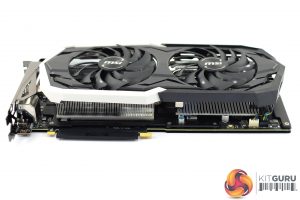 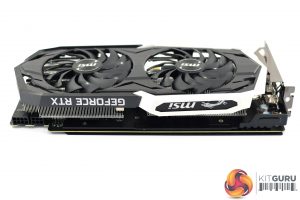 In terms of dimensions, the Armor 8G is pretty large – it measures 309 x 155 x 50 mm. It’s not the thickest card I’ve seen, though it is still a 2.5-slot card, but at over 30cm long it is definitely worth checking that it will fit in your case. 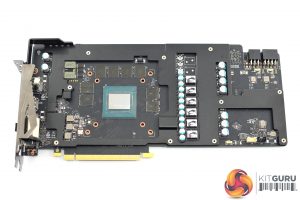 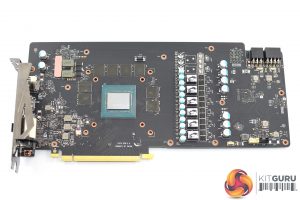 Taking the card apart requires the removal of 14 screws from the back of the card, and then we are presented with the PCB. A metal frame covers most of the circuit board and is screwed into the I/O bracket to provide extra rigidity and prevent sagging.

Once that is removed, we get an unobstructed look at the PCB design. The first thing I noticed are the very obvious gaps on the board where there are clearly meant to be extra inductors and capacitors – you can even see the outline where the components are meant to go, but they are left blank with the Armor 8G.

The reason for this becomes very clear when comparing the PCB of the Armor 8G to the Gaming Z – it is exactly the same. MSI has clearly tried to keep costs to a bare minimum by using the same PCB design, but with two less power phases and three less capacitors. This means the Armor 8G has 6+2 power phases, the same as Nvidia’s RTX 2070 Founders Edition. 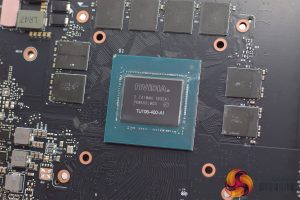 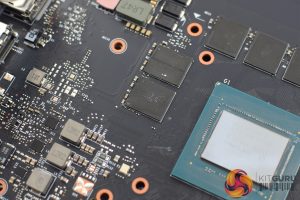 The GPU die itself is labelled ‘TU106-400’ – meaning this is a ‘non-A’ chip. Nvidia bins its GPUs into ‘A’ and ‘non-A’ piles, and the non-A chips have to be sold at reference speeds, as is the case here. Manual overclocking is still an option, but Nvidia’s partners can’t apply a factory overclock to the non-A chips.

Lastly, the 8GB GDDR6 memory comes from Micron, with the chips labelled ‘8RA77D9WCW.’ 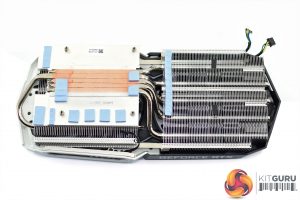 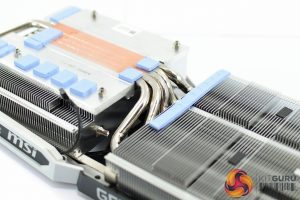 As for the heatsink, this utilises 5 nickel-plated heatpipes that look like they measure 6mm each. These heatpipes also contact directly with the GPU die instead of using a coldplate, which is an interesting move as the outer two heatpipes will hardly be touching the relatively thin TU106 GPU, suggesting it might not be the best method for thermal transfer. Still, it is likely another area where MSI has cut costs and we will see how thermals are later on in the review. 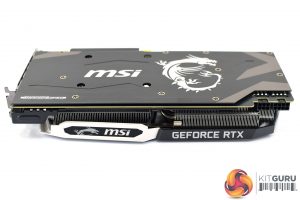 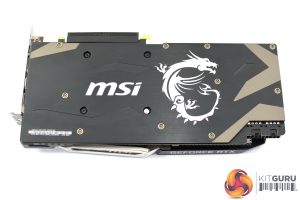 Elsewhere, the front side of the card is home to the MSI logo – the only RGB zone on the card – as well as the GeForce RTX branding which is printed in white.

The brushed metal backplate is predominately black, with the MSI branding and dragon logo printed in white. There are also some grey accents at the far end of the card, but it is overall very monochrome in design. 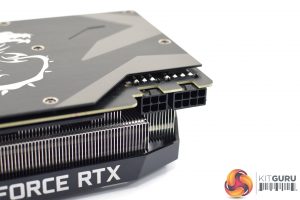 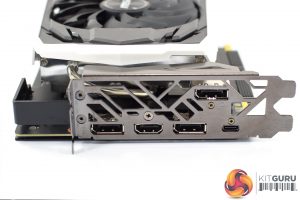 Display outputs have also been tweaked from reference, with 3x DisplayPort 1.4, 1x HDMI 2.0b, and 1x USB-C connectors present on the card.