There have been rumours floating around about the GTX 1080Ti for months now but unfortunately, we have yet to actually see the GPU. The graphics card was previously expected to make an appearance at CES during the Nvidia keynote but it was a no-show. However, with GDC coming up at the end of the month, the rumour mill has begun spinning once again with some reports that the GTX 1080Ti may appear at an event Nvidia is hosting on the 28th of February.

We have previously heard that perhaps the GTX 1080Ti launch will take place during the week of the Game Developers Conference, which runs from late February into early March. However this event announcement has got the rumour mill spinning once more. 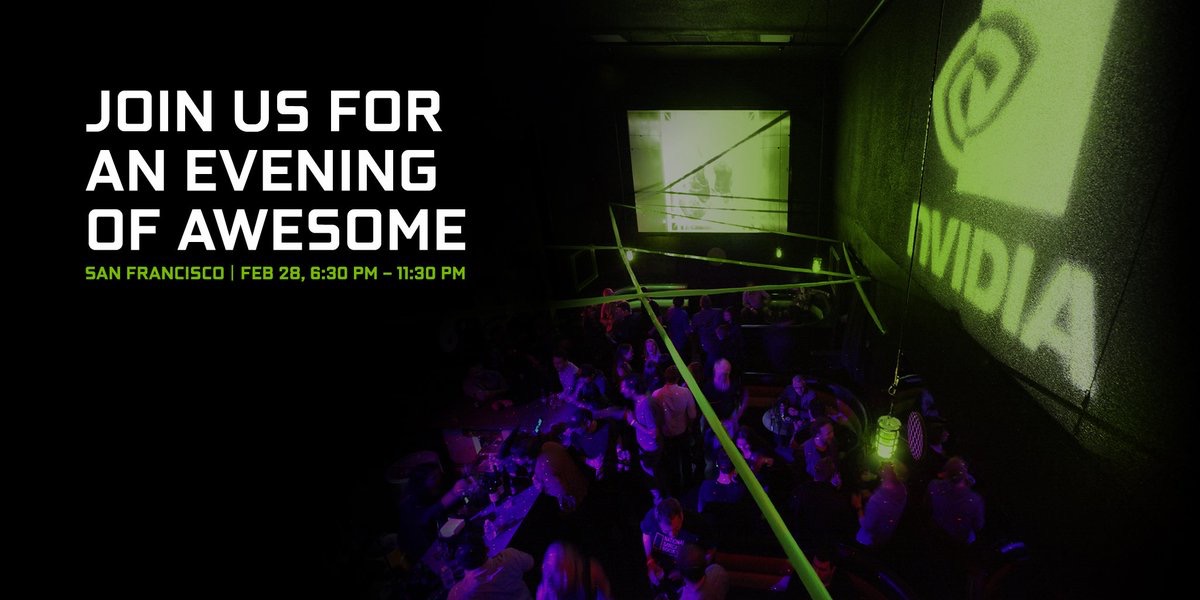 You can see the invitation above, with the event set to take place in San Francisco on the 28th of February from 6:30PM until 11:30PM. However, it is important to make it clear that this is a fan event and right now, we have no idea whether or not it will be live streamed.

A streamed event is usually a good sign of a company’s intention to actually announce something but until we catch wind of that, it is more likely that this is just a fan event, intended to drum up some goodwill with those buying hardware. Still, even if we don’t hear anything at this event specifically, we could end up with something GTX 1080Ti related as GDC goes on.

KitGuru Says: I’m not convinced that this event will double as a GTX 1080Ti reveal but it will still be worth keeping an eye on. Are any of you waiting on Nvidia to release a GTX 1080Ti? It would be nice to have a 4K/60fps card in a more affordable price range than the Titan X.