Firstly, we are pleased to report that our NZXT Avatar S mouse worked to its usual standard in the Gigabyte X99 UEFI. We’ve found our NZXT Avatar S to be the most troubling mouse with UEFI support, so when it functions correctly in the interface, that is usually a good sign for overall mouse support.

Gigabyte’s X99 UEFI is largely identical to the current Z97 interface (and so is our analysis). 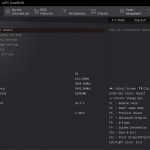 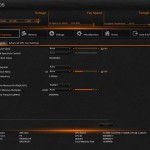 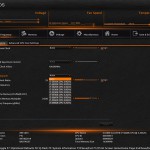 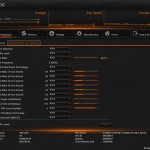 The X99-UD4 uses an orange skin by default, although the background image can be adjusted. 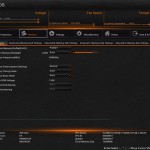 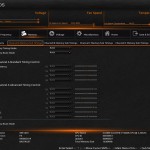 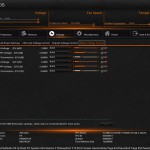 Frequency and timings configurations can be adjusted via the Memory section. Gigabyte does not include any memory overclocking pre-sets with the X99-UD4, which is largely due to its entry level price point. 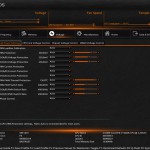 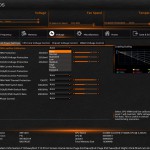 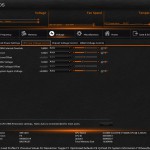 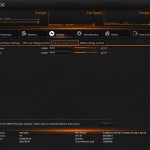 Oddly, Gigabyte situated the all-important CPU voltage controls in the second column on the Voltage subsection, not the first. If one does not like the slider approach of applying voltages, the relevant values can be keyed in. 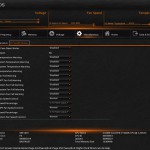 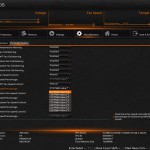 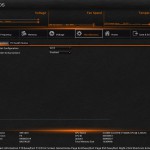 We suffered an anomalous issue that had me puzzled for about two days before coming up with a solution. Running any form of GPU load would result in a driver crash, screen lock-up, or BSOD. We thought it was a driver or hardware (namely GPU) issue, but after testing every single scenario (different drivers, Nvidia GPU, Asus R9 280X test GPU in other systems, different CPU/memory/PSU/motherboard, etc.), it was clear that Gigabyte’s X99-UD4 motherboard was at fault.

The solution was an odd one – the X99-UD4 would not run our Asus R9 280X Matrix Platinum graphics card using PCIe 3.0 bandwidth. We tested a Sapphire R7 240 and Palit GTX 750 Ti and they would operate without issue. Our only solution was to manually drop the Asus card’s link to PCIe 2.0 via the UEFI setting.

This is a very odd issue that I have never experienced before. As already mentioned, the problem was almost certainly related to the Gigabyte motherboard. That point is very concerning given the vast array of hardware that can be teamed with the motherboard, some of which may not function.

Gigabyte could not replicate our issues, but it is still clear that the company is having issues with the board’s BIOS functionality (the webpage shows six different versions since mid-August). And the fact that a number of issues still persist two-and-a-half months after the X99 launch is concerning. 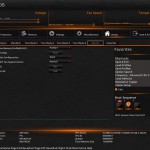 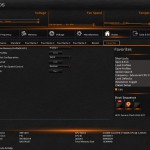 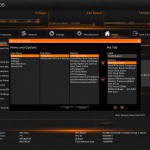 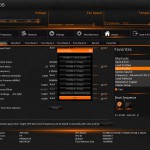 Up to eight OC profiles can be saved to the motherboard’s internal memory, while many more and more can be exported or imported via USB. 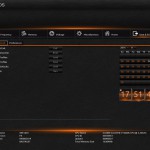 Some useful additions to Gigabyte’s UEFI are the ability to change the visual theme, background wallpaper, and resolution. 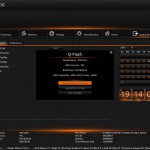 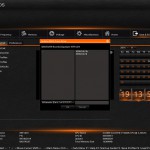 Gigabyte has implemented a UEFI that is full of adjustable settings and parameters, as well as some useful features. While this may appeal to advanced users, there is still clear room for improvement when it comes to organisation.

There are still a few issues relating to overlapping content and generally poor layout. Many parameters for frequency and voltage are repeated multiple times causing the UEFI to seem more cramped than it actually is. However, there is no question that even seasoned overclockers will be happy by the sheer number of tweaking options provided.

And, for the F8 (this version set our CPU’s Uncore speed 400MHz lower than it should have been) and F9c BIOS profiles tested on our sample, there is still the overhanging worry of system instability or incorrect operation. That’s a very displeasing point almost two-and-a-half months after the platform and motherboard’s launch.