ASRock have been aggressively targeting the overclocking audience in the last year and we have reviewed many of their motherboards for the Intel Z77 and X79 platform. Today we are focusing on a rather special design, created by overclocking guru Nick Shih specifically for the hardcore Z77 enthusiast audience. Make no mistake, ASRock are now a major force in the motherboard sector and today we overclock the Z77 Formula to the limits, and pair it up with an overclocked GTX680 and 16Gb of 2,666mhz rated memory.

The checklist for the OC Formula motherboard is staggering. ASrock have incorporated the ‘Formula Power Kit’ which comprises Digi Power, Dual Stack MOSFET’s and multiple filter capacitors, filtering noise by 3 different capacitors. They have ditched traditional chokes for more expensive premium alloy versions and are using a 12 + 4 Power Phase design.

The motherboard is an 8 layer PCB design, with 4x 2oz copper. To help the system builder, they have even included a syringe of high grade Gelid GC-Extreme thermal compound. 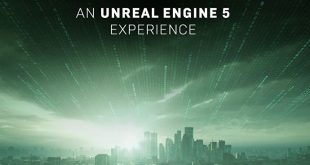