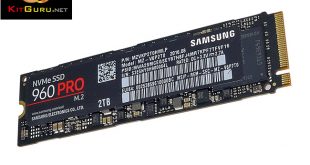 Like the SSD950 PRO that preceded it, the SSD960 PRO is built on a 2280 M.2 form factor, supports NVMe (Non-Volatile Memory Express) and uses a PCIe Gen3 x4 interface. The drive is available in 512GB, 1TB and, thanks to the density of its 48-layer V-NAND, 2TB capacities. The flagship 2TB drive is the highest capacity consumer M.2 drive available at the time of launch. 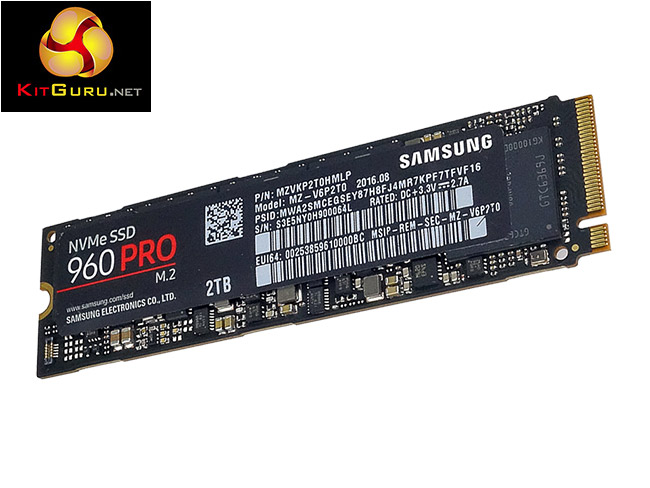 Getting 2TB of capacity on a 2280 format M.2 is a pretty impressive feat. Samsung have used what they call a 4-Landing design, in other words using four NAND packages on one side of the PCB to make up the drive's capacity. To get a 512GB NAND package Samsung uses Hexadecimal Die Packaging (HDP) to stack 16 32GB chips on top of each other to form a 512GB package. Samsung are the first company to employ HDP for a client-based SSD.

With four NAND packages and a controller, there's no room for a cache chip on the board, so Samsung has come with the nifty idea of stacking the cache IC (in the case of the 2TB drive it's a 2GB LP-DDR3 chip) on top of the controller using what they term a Package on Package (POP) design.

The new Polaris controller is a five core 8-channel design rather than the 950 PRO's three core design. One of the five cores' sole job is to look after host communication leaving the other four to manage the Flash.

Needless to say, the combination of a PCIe Gen3 x4 interface, NVMe architecture and a new controller gives the SSD960 some impressive performance figures. Well, that's a bit of an understatement to say the least as Samsung quote Sequential read/write figures for the 2TB drive as 3,500MB/s and 2,100MB/s respectively. Incidentally, they are the same figures as for both the 512GB and 1TB drive.

The 2TB drive endurance is rated at 1,200TBW and Samsung back it with a 5-year warranty.