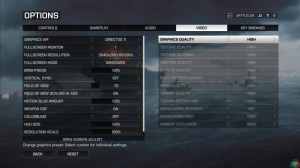 We test at Ultra HD 4K with HIGH image quality settings – shown above. 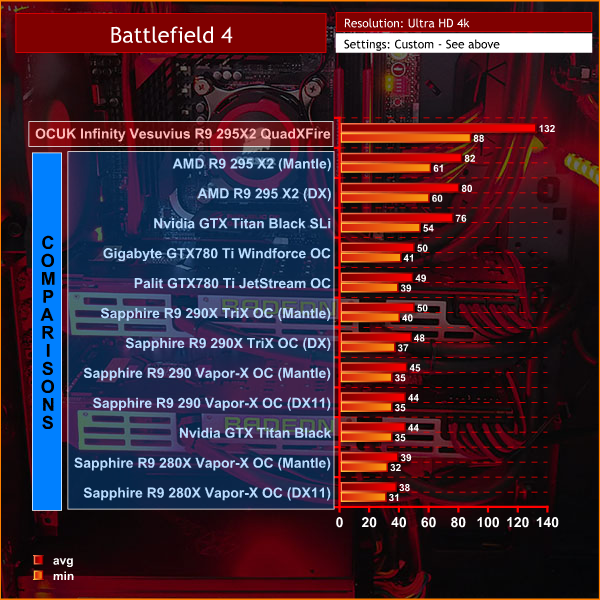 Battlefield 4 can bring some systems to their knees at high image quality settings. This may be hard to believe when you see the frame rate produced by the dual R9 295X2 cards in the OverclockersUK “Infinity Vesuvius” R9 295X2 QuadXFire System!