Nintendo’s NX could be a portable console, with cartridge games

Nintendo's next generation console may blend the future with the past, as a number of rumours are now suggesting that it will support cartridges for games. That tie to the past won't mean you're tied to your living room though, as the NX is also said to be a portable console with its very own TV dock.

In a sense, the Nintendo NX sounds much like what the contemporary smartphone is evolving into: a jack of all trades that can be augmented in certain situations. While your smartphone might act as a portable game console, media player and communication device, when you're near a streaming capable TV, it becomes a remote control and hub for all of your media.

That may be what the NX is like. While out and about it could operate as high-powered mobile console, perhaps a little like Nvidia's Shield, and when you connect it up to its TV dock, it becomes a more traditional home console, with all of the grounded benefits that brings. It could even house a secondary processor in the dock, similar to the way the PS4's expansion box is for its VR upgrade. 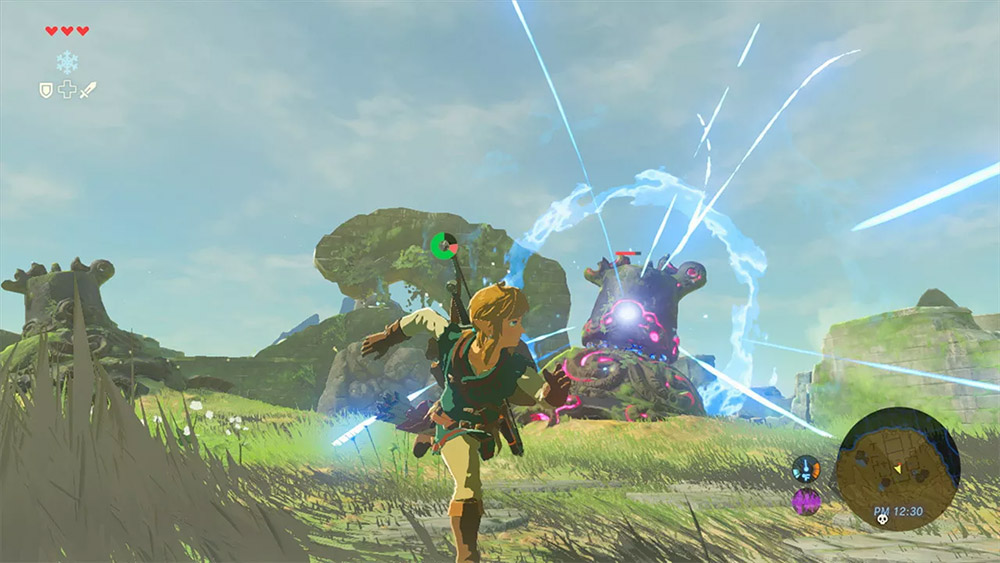 Zelda: Breath of the Wild, will be one of the NX launch titles

It doesn't necessarily have to offer additional processing power, but could perhaps take over some of the more mundane tasks to free up that extra power on the main processors.

That might be necessary for the NX to keep pace with the potentially Xbox 1.5 style upgrades we're seeing from both Microsoft and Sony for their respective consoles, as the NX is rumoured to use a Nvidia Tegra processor. While they are certainly powerful for a portable system, they would be unlikely to offer comparable performance to the Xbox One or PS4.

That doesn't mean the NX wouldn't have some advantages though. Being truly portable is something that neither the Xbox One or PS4 can offer; it makes it potentially compatible with augmented games like Pokémon Go, which could prove a huge hit for Nintendo in the future; the use of cartridges could kill off load times completely, and the portable core feature should really differentiate the Nintendo offering from its previous Wii and Wii U consoles.

All of this is considered rumour for now though, so don't take anything as gospel. Eurogamer quotes a number of sources on the matter, but that's hardly enough to claim any of this as fact. We'll have to wait until September to get our first look at the NX, but it's set for its official release at some time in March 2017.

KitGuru says: This has me intrigued. I've enjoyed my time with the Wii U a lot, but a Nintendo that's striking off into new territory and combining its 3DS with a new, more powerful system, certainly has me interested.