KitGuru says: Have you one on order yet? 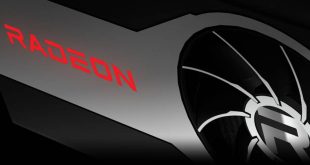 Although the DisplayPort 2.0 was created in 2016, there are still no products using the …