If you've been shopping around for an RTX 3080 or RTX 3090 over the last couple of weeks, you have likely been tempted by the cost-effective MSI Ventus 3X model. For those looking to take their GPU cooling to the next level, Alphacool has you covered with a new MSI GeForce RTX 3080/3090 GPU water block with backplate.

As you would expect, the block covers all the important areas that require cooling. This includes the GPU voltage converters, GPU memory and of course, the GPU core itself. All hotspots on the card will be cooled by water and you'll get special 1mm thick soft thermal pads for better heat transfer too. 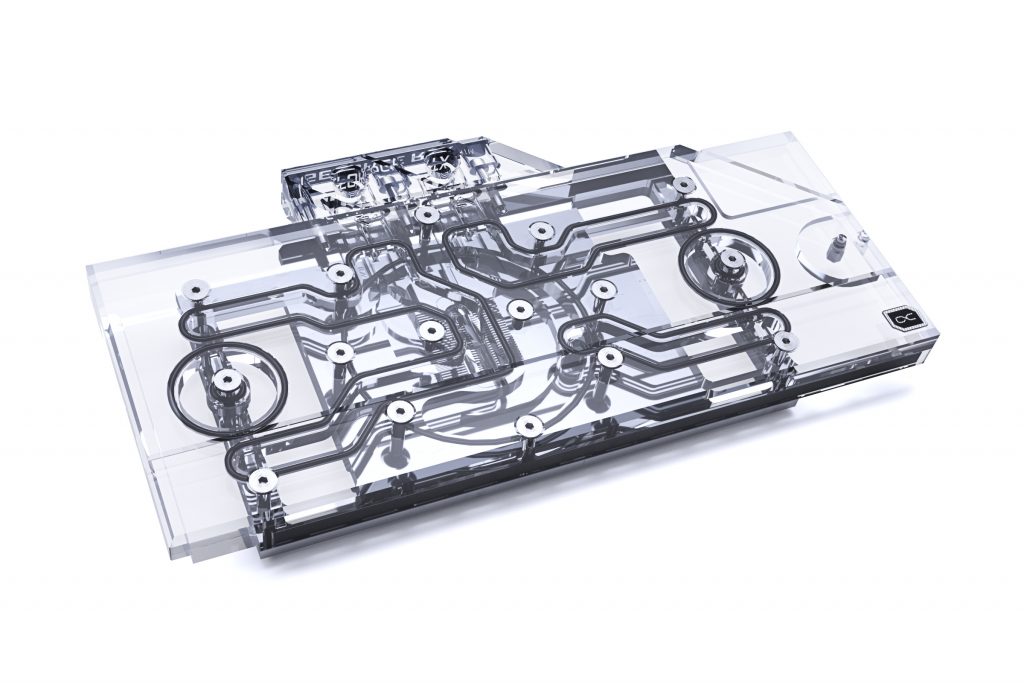 The Alphacool Eisblock Aurora Plexi GPX-N RTX 3090/3080 Ventus comes with a suitable backplate, so you won't have to spend extra buying a backplate separately. Like with all other Eisblock Aurora coolers, these models also offer ARGB/Digital-RGB illumination.

This specific GPU block is compatible with the following GPUs:

If you are in the market for a waterblock for your new MSI Ventus RTX 3080 or RTX 3090, then you can get this block directly from Alphacool HERE.

KitGuru Says: Have any of you been fortunate enough to get hold of an RTX 3080 or 3090 in the last couple of weeks? Are you planning on watercooling it?

Previous Ghost of Tsushima: Legends releases this month as part of huge update
Next Need for Speed: Hot Pursuit Remastered coming next month