Hewlett Packard have announced four new ‘all-in-one’ PC’s today, with the standout machine being the SpectreOne.

Unlike others which were unveiled today, the SpectreOne is not a touchscreen all-in-one PC, but it is their thinnest ever system, measuring just 11.5mm. Making this system touchscreen would have made it thicker.

The SpectreOne has a 23.6 inch full HD display. It ships with a wireless trackpad with multitouch technology so the user can swipe and tap when using Windows 8.

Mashable add “Another notable feature is the desktop’s near-field communication technology (NFC), which lets users instantly transfer content or login to the computer by tapping a smartphone or NFC tags on its base.

HP says the SpectreOne is equipped with “the latest intel processors,” but does not mention any specifications in its release. (When asked for more detail, spokeswoman Ann Finnie told Mashable, “We have not announced any more than what’s listed in the press release at this time.”) It is expected to be available across the U.S. in November, with a starting price of $1,299.”

Kitguru says: No time frame when they will hit the UK. 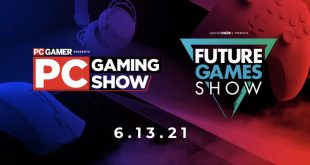