Dota 2’s lead developer IceFrog announced that the Valve title will be changing up how it dishes out its updates, moving from larger incremental updates throughout the year to a bi-weekly approach containing smaller patches. Before the new system is put in place, however, Valve’s last supersized patch landed in the form The Spring Cleaning 2018 update, containing “bug fixes and quality-of-life improvements.”

“We want to try taking a different approach to how gameplay patches are released,” tweeted out IceFrog. “Instead of big patches a couple of times a year, we’ll be releasing small patches every 2 weeks on Thursdays. We’ll be trying this out for about six months and then reevaluating.”

This approach is catered for the longevity of the title, particularly in the competitive scene in which balance is imperative. Players are used to the changing of heroes, items and tweaks to the map in-game, but no matter where they are on the skill spectrum, they will now have to keep on their toes as to what changes have hit every two weeks.

To make it easier to keep track of changes, we'll also be releasing a new in-game feature to notify you of any recent changes to heroes in your match.

“To make it easier to keep track of changes, we’ll also be releasing a new in-game feature to notify you of any recent changes to heroes in your match,” explained IceFrog in a follow-up tweet.

For now, however, players will have to adjust to the changes included within The Spring Cleaning 2018 update, which brings with it a redesigned player profile page and a list of changes per hero even during the drafting stage as well as taking a page out of Overwatch’s book by letting those that queue train by hitting creeps in the meantime.

Further improvements have been made to the design of the UI when in a match, with a new icon revealing the stage at which a teammate’s teleportation is on cooldown alongside effects on the battlefield as towers will display an increasingly weathered look the lower their health gets. 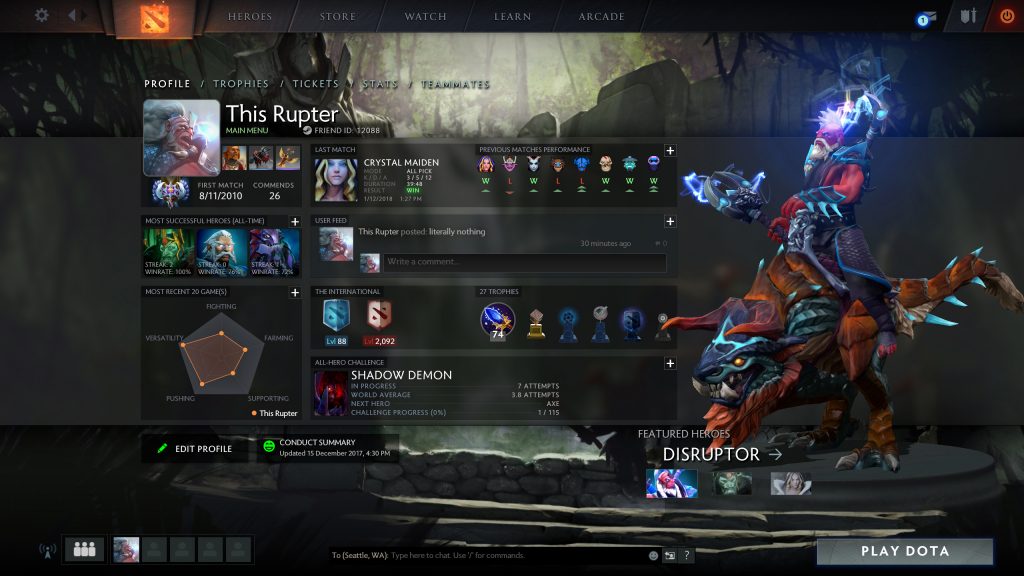 Perhaps the most exciting change of all, however, comes in the form of a whole new ban category specifically tailored for those who display a regularity to their toxic behaviour. Spring Cleaning is really taking out the trash as those that are frequent offenders will see themselves hit by the ban hammer with an automatic six months in the lowest of low priority pool.

All of the changes are detailed on the page itself, with the new two-weekly schedule expected to begin soon.

KitGuru Says: I am interested to see how this will affect the competitive scene, as pro players will need to constantly adapt their strategies in order to remain ahead. The previous model saw updates land after the finale of bigger competitions, giving an entire season for players to adjust, but now, it’s anyone’s game. How do you feel about Valve being more hands on with Dota 2?

Previous The Forest will leave Early Access in April
Next Kaz Hirai steps down as Sony CEO, announcing Kenichiro Yoshida as his replacement