Hello Games has another big update in store for fans of No Man’s Sky, this time adding a variety of things to keep the game feeling fresh. Dubbed  ‘Visions’, the new update should be landing on PC, Xbox One and PlayStation 4 on November 22nd.

Although No Man’s Sky had an inexplicably rocky start back in 2016, development has picked up significantly throughout this year. July saw the introduction of multiplayer, October brought an extensive overhaul to underwater elements in The Abyss, and just weeks later, Hello Games is debuting Visions. 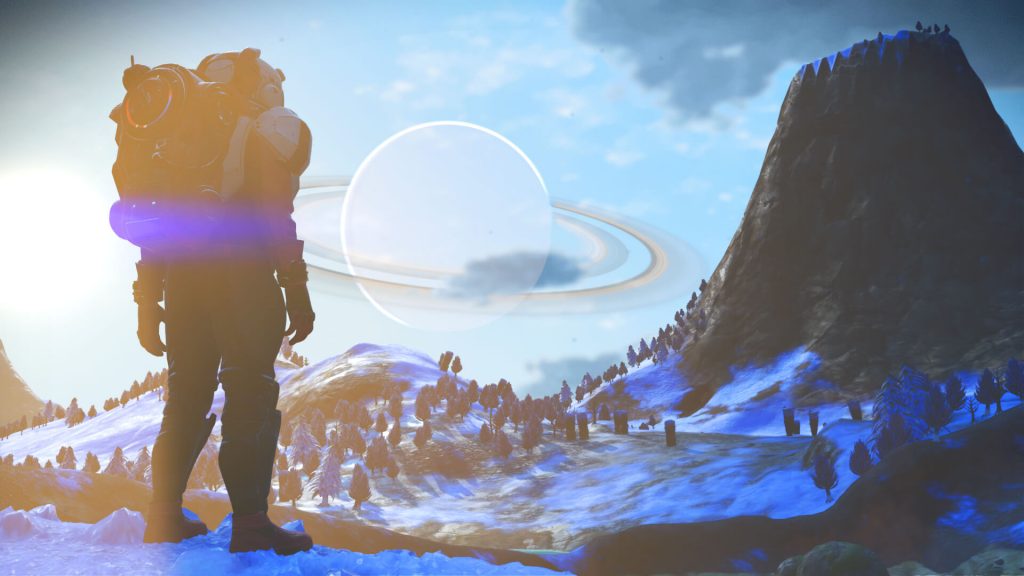 The trailer for the new update was found while it sat unlisted on the game’s official YouTube channel, quickly uploaded to Reddit. Within ‘Version 1.75’, Hello Games will be introducing five new biomes containing hazardous fauna and flora, including Corrupted Sentinel Drones. No Man’s Sky will also feature greater palette variety which is sure to make its improved skies and newly introduced rainbows pop.

Once Visions lands, players will have a reason to explore planets beyond sightseeing, with procedurally generated crash sites containing long-forgotten remains of fallen satellites and freighter variations, giving even more scrap to salvage. Those that brave the treacherous storms that blast extreme planets can also gather storm-activated crystals, although what they are used for currently remains a mystery.

For the collectors out there, players will be able to partake in new Community Missions to further global progress, brushing up the uncovered bones of alien life forms and utilising new emotes. Hello Games has also implemented artefacts known as “Exploration Trophies”, which can be showcased in the player’s base.

The trailer is still unlisted, however Hello Games has made the patch notes live on its website with a myriad of new screenshots. Look out for the unveiling of No Man’s Sky’s latest free update on November 22nd.

KitGuru Says: I’ve never been more tempted to purchase No Man’s Sky than now, with it feeling much like the game showcased prior to release – if not beyond that. Do you think you will hop back into No Man’s Sky or has the ship already sailed?

Previous YouTube continues speaking up against EU’s copyright proposal
Next Fallout 76 (PC Gameplay) – Is it a FLOP or NOT?