Since its debut, Rainbow Six Siege has proven to have immense potential in the eSports scene. Alongside its established ESL-sponsored Pro League, it seems communities are getting in on the action by running their own tournaments. Denis Luso’s Iron Charity Cup is the latest in this line, with all donations going towards Extra Life.

The Iron Charity Cup will take a page out of ESL’s book, following the same ruleset and maps alongside the brand new ability to ban operators before the beginning of a match. 16 amateur and semi-professional teams will be going head-to-head live on stream and casted by Luso and his team over on various Twitch channels.

Luso’s goal is to reach $1,000 for Extra Life, a charity focused on giving sick and injured children a new lease on life. As with any charity event, the true aim is to reach as much as possible, with Luso himself dipping into his pocket to try and make up anything remaining, within reason. 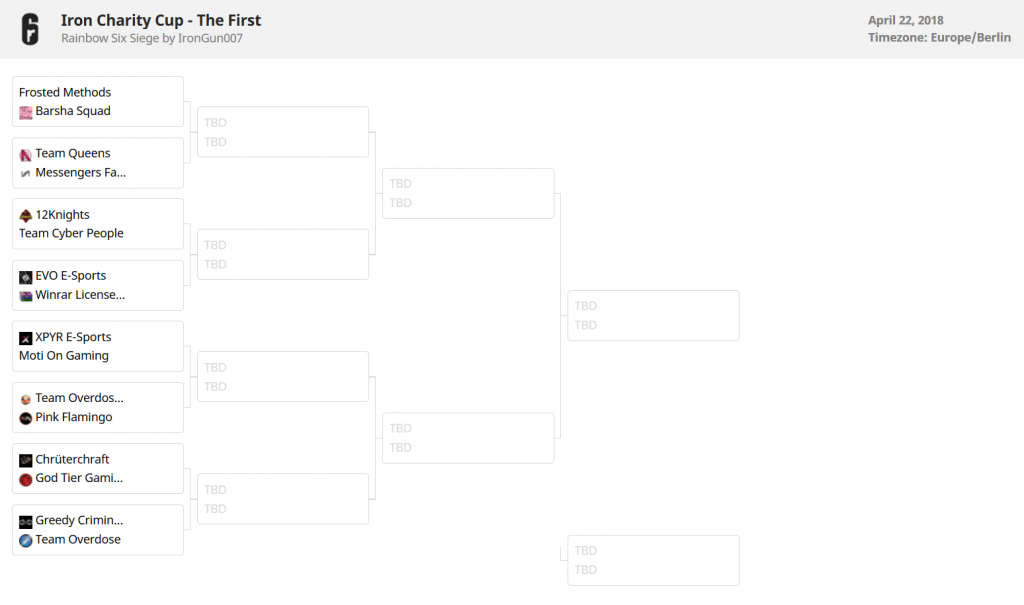 XPYR E-Sports vs Moti On Gaming will be cast by Luso himself, with Team Queens vs Messengers Fate Academy over on Sternab’s channel. AndThaMan will be overseeing Evo Esports vs Winrar License Salesmen and Turbo_Tuna will give their commentary on Greedy Criminals vs Team Overdose. The remaining teams will compete off-stream with a chance in the limelight as they progress up the bracket.

If this tournament proves successful, it could spin-off more like it, with Luso planning to improve the experience with each iteration. Matches are about to commence, with $127.50 already in the pot. Those tuning in will experience a 3-minute delay as per usual competitive rules.

KitGuru Says: While I’m here namely to support my own team in the competition, the real focus is the charitable effort. Extra Life has already made an astounding effort with $40 million being raised since its 2008 inception, making it a fantastic choice.