Sonic the Hedgehog isn’t short of controversial redesigns, with fans chastising the aesthetic of Sega’s most popular mascot in the Sonic Boom line of series and games. On the cusp of entering the world of live action, a range of posters for the upcoming movie have surface leaving fans concerned for the speedster.

Providing a first-look of the upcoming film’s aesthetic, IGN tweeted out a motion poster, shrouding Sonic in shadow. After a few blue blurs whizzing past, Sonic can be seen collecting rings before blasting onto screens in silhouette. Below the character sits Sonic The Hedgehog’s live action typography, paired with an 11.08.19 release date. 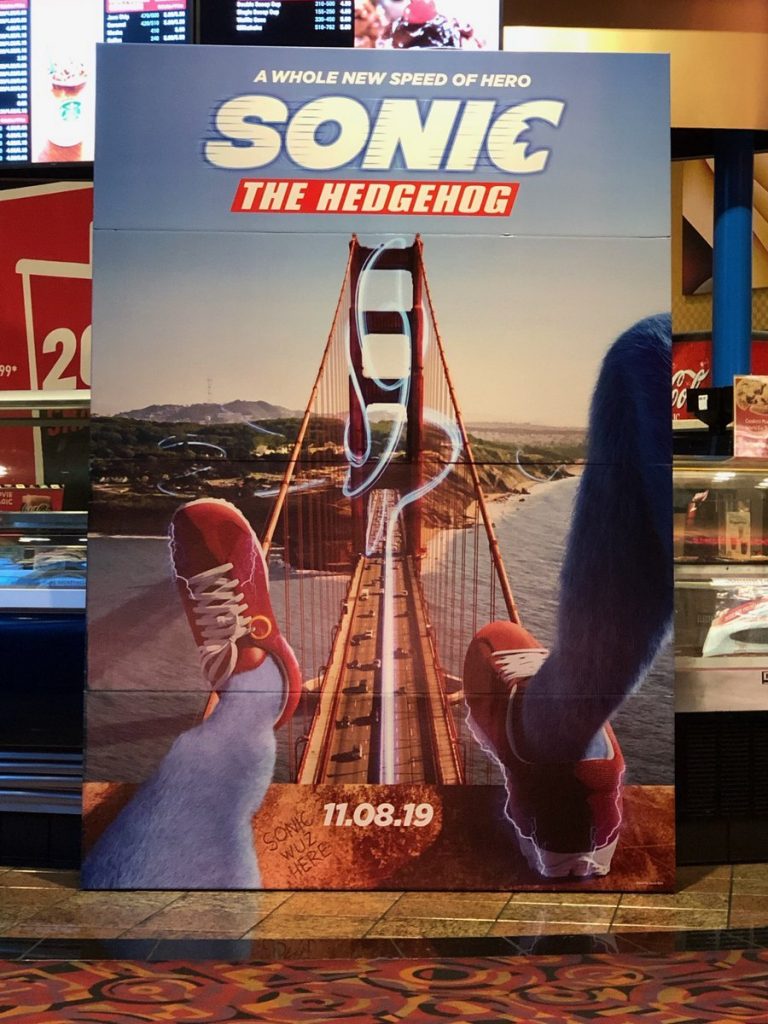 The second poster depicts Sonic’s furry legs dangling from what looks to be the Golden Gate Bridge in San Francisco. If the blue fur and speed trail weren’t enough to hint at who these legs belong to, then the crude “Sonic Wuz Here” engraving should certainly do the trick, as well as the same bold font and date seen on the previous reveal. This poster has since been verified by GameSpot’s Chastity Vicencio, who documented the image in the wild.

It’s the third poster that has fans up in arms, revealing the potential look Paramount might run with. Twitter user and self-confessed Sonic fan Cybrid101 posted the marketing material, supposedly created last year when Chris Pratt was signed on in the role of Tom, Sonic’s companion. The cast has since changed with Pratt out of the running, making this an early mock-up of what Sonic might look like or an incredibly good fake. 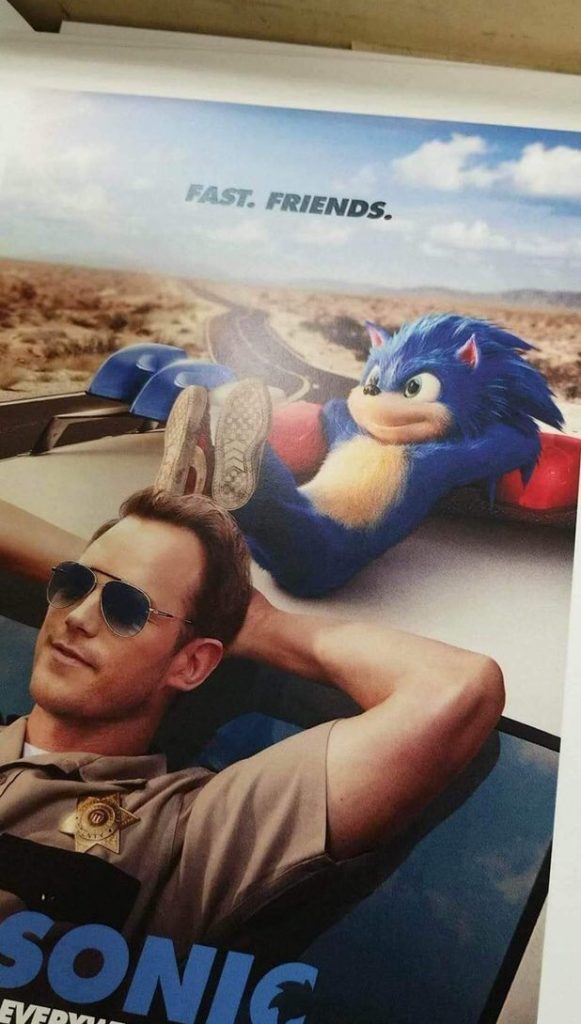 These images have polarised fans, with some praising the cuter design, while others argue that changes such as laces being added to Sonic’s shoes make for unnecessary changes. One of the writers of the film, Patrick Casey, has attempted to calm the situation by telling everybody to “relax,” however this has acted more as fuel on the fire.

Overall, it looks like Sonic will be trading out the Green Hill Zone for a setting based on our world. The story is being kept under wraps for the time being, but it supposedly places the made-for-movie character Tom Wachowski (James Marsden) in the role of a sheriff that helps our blue hero defeat Dr. Ivo “Eggman” Robonik (Jim Carrey).

KitGuru Says: Personally, I’m not the biggest fan of the lankier, muscular look and do prefer the seemingly smaller version accompanying Chris Pratt in the third poster. This is the most forgiving version for a character that, otherwise, likely couldn’t be adapted for live action in a meaningful way. What do you think of the recent teasers?